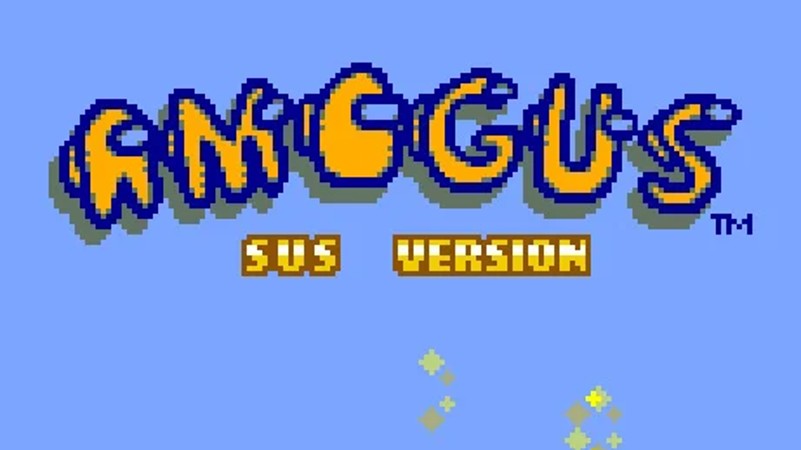 The internet has played host to a treasure trove of strange fan-mashups involving different franchises for many years now, and it’s not uncommon to see fans cobble together a popular series like Pokemon with other properties just for the heck of it. Well, today’s example is no exception – and its creator truly went above and beyond to create one of the most questionable amalgamations of all.

As you can see above, one fan/artist by the name of SusieQ has created “Amogus” – a bizarre fan-game based on Pokemon Gold Version that replaces various characters with crewmates from Among Us. The strange creation even uses an 8-second loop of an Among Us rap in its title screen, as seen below:

this is probably the single worst thing i've ever created.
welcome to amogus: sus version.
its kinda like @sustoss except its an entire game instead of a comic
you can grab the rom here if you're insane enough to actually play this https://t.co/545qo7SUGq pic.twitter.com/0i5fxJETtK

With the fan-game eventually blowing up in infamy, its creator shared an additional statement on the nature of the project – revealing that they were careful to avoid as much potential legal trouble with Nintendo and The Pokemon Company as possible:

“Creator here, actually as much of an affront to God as this is, I was careful to make it as legal as possible, it’s built using a decomp of Pokémon Gold (meaning none of Nintendo’s ACTUAL source code was used), all of the Pokémon and trainer sprites are changed (so they can’t claim I’m using their intellectual property).

The only things that could potentially cause an issue are some of the music (there are like 11 tracks that aren’t changed to give players a brief respite between the nonstop Among Drip) and MAYBE the tilesets (though considering how generic they are that would be a stretch), the script doesn’t even use the term “Poké” anywhere because the macro to define it was replaced with “SUS”.

There are also a few instances where Pokémon’s names are used in dialogue, and I might have to remove the Game Freak logo from the splash screen, but that would be a quick 5-minute fix if I cared enough to keep it around.

This is, of course, assuming Nintendo actually cares enough to look into it instead of just blindly throwing C&Ds around with no research.”

What do you think of this bizarre creation? Will you be trying it out for yourself? Feel free to share below!