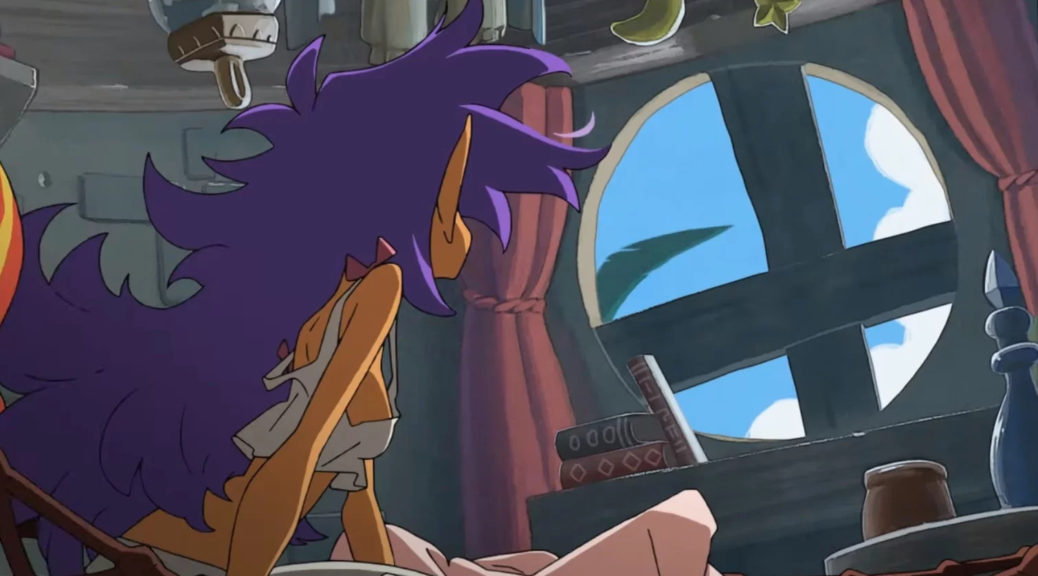 Earlier this week, Wayforward shared a short preview of the opening movie for Shantae 5, animated by the legendary Studio Trigger.

While the preview was meant to advertise Shantae’s latest solo adventure, things took a sharp turn when fans spotted something “interesting” in the background of one of the shots. Namely, that the window of Shantae’s bedroom looks “suspiciously” like a Smash Ball, as seen in the featured image.

Naturally, this led to a wave of Tweets and responses claiming that it was teasing Shantae as the next DLC Fighter for Super Smash Bros. Ultimate.

This, plus the game's release window of late 2019, plus the 4th DLC fighter for smash coming winter of 2019, that's all we need to hear to connect the dots. Nintendo has been all about pleasing fans with Smash Ultimate, and Shantae will do just that. Calling this now. https://t.co/Iq6BZAeugt

Can't for this imaged to be theorised to hell and back. pic.twitter.com/JyJeBjbQIT

Noted the Smash Ball logo in the Shantae 5 opening?@Gabriel_Prevost You view this? pic.twitter.com/ZjzDWLiGVC

When you finish watching the Shantae 5 Animated trailer, the reccomended videos at the end are all smash trailers. Hints? pic.twitter.com/hhkNo60DMj

So we got a taste of that new Shantae 5 opening and it looks FANTASTIC, Studio Trigger just NAILED it.

But a friend of mine noticed something a little uncanny…

Probably 100000% nothing but it's fun to theory craft eh? lol pic.twitter.com/Qci7vYYKsl

While it is indeed “possible” that the window is a Smash Ultimate DLC tease, we here at Nintendosoup would like to point out that not only is that design a very common one for windows, but Shantae is already in Super Smash Bros. Ultimate as a spirit.

With this in mind, it seems that this particular “tease” is more along the lines of wishful thinking than an actual hint from Wayforward, but there’s always a chance while there are still 2 more Smash Ultimate DLC Fighters left unannounced.