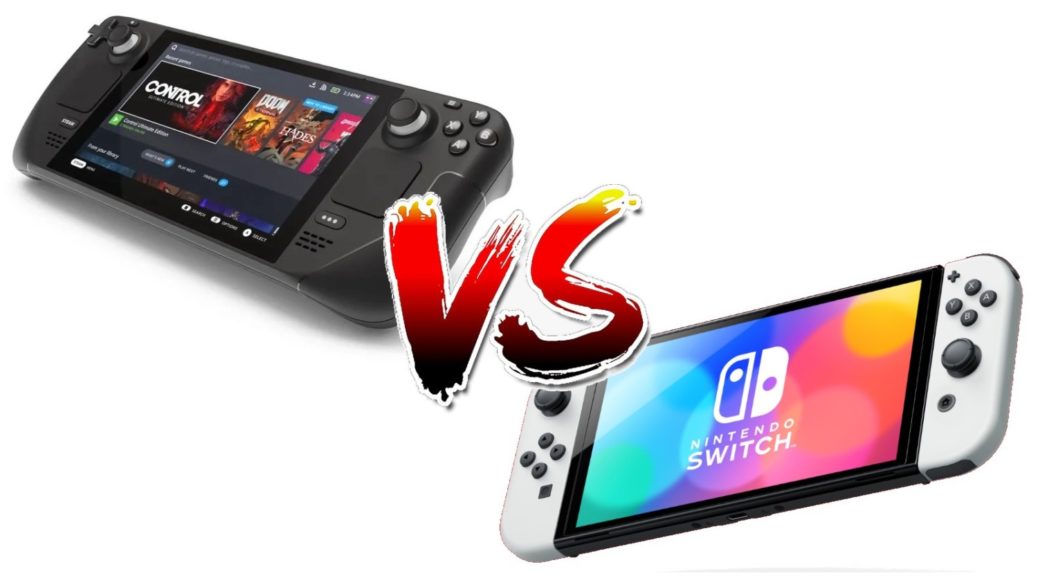 Earlier this week, Valve announced the Steam Deck, a portable handheld PC with capabilities rivalling that of the Nintendo Switch.

Unsurprisingly, the internet has been quick to post comments and memes comparing the two devices, especially since the Steam Deck’s reveal came so soon after the reveal of the Switch (OLED Model).

Most of the comparisons revolve around how the Steam Deck’s higher technical specs make it seem like the true “Switch Pro” gamers had been hoping for, where the Switch OLED Model is only a minor upgrade over the existing Switch.

You can check out some of these comments and memes below:

Steam does what Nintendon’t from gaming

Gamers with the announcement of the Steam Deck from gaming

the pitch Valve is making with the Steam Deck from gaming

My first thoughts when seeing the announcement from gaming

Nintendo seeing the Steam Deck announcement in the same month as at the Switch OLED pic.twitter.com/ZF7GqOgwXv

Me Yesterday: Switch Pro Is Not Needed…

Mom can I have a switch

mom: we have a switch at home

the switch at home: pic.twitter.com/YZPZHhNVaz