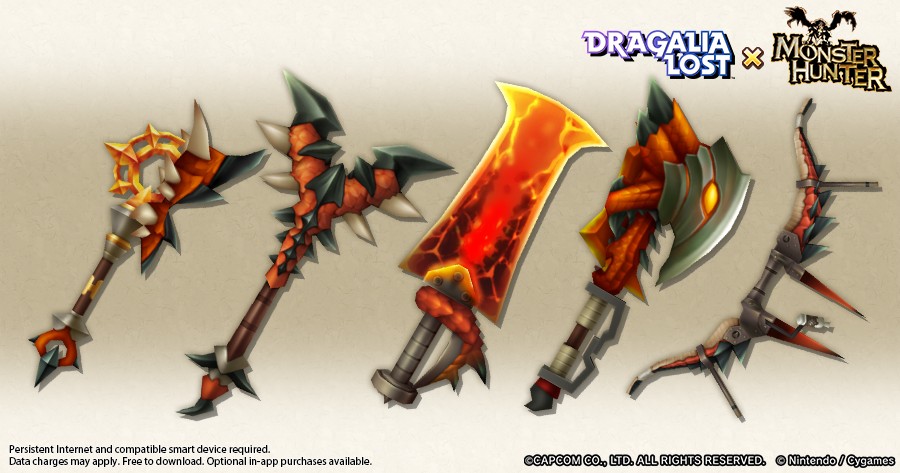 In the upcoming event, you'll be able to get Rathalos weapons from the #MonsterHunter series. We also designed some weapon types that aren't in the Monster Hunter games!#DragaliaLost pic.twitter.com/Euefp74O8i

The Dragalia Lost X Monster Hunter event is scheduled to start in January, so it likely won’t be long before it goes live.