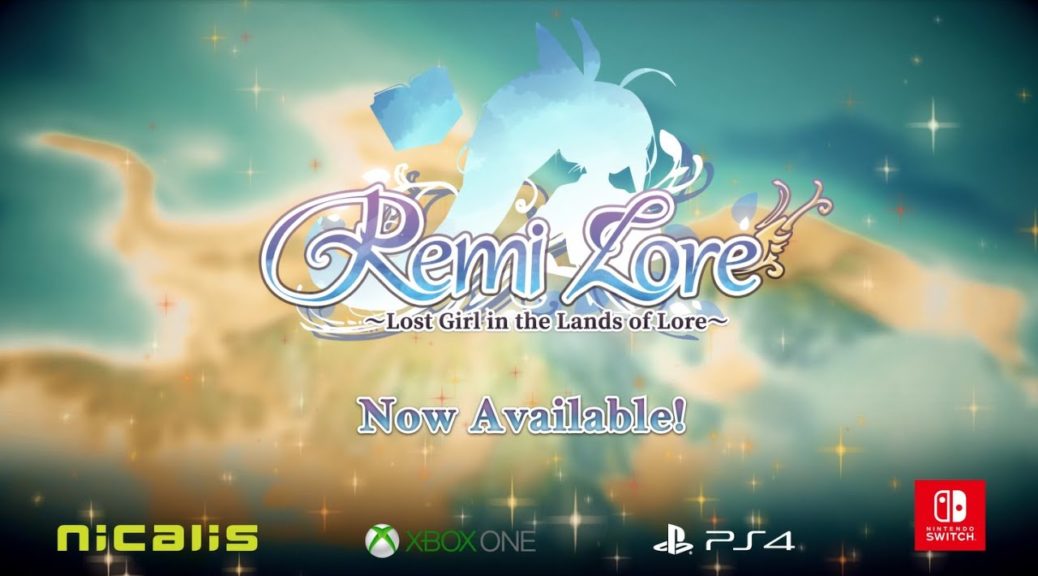 RemiLore: Lost Girl in the Lands of Lore is now available for Nintendo Switch in digital and physical form. The rogue-lite adventure follows ordinary schoolgirl Remi as she battles to save the fantasy world of Ragnoah.

The physical retail release comes with a full-color manual and cleaning cloth. If you’re keen on grabbing a physical copy from Amazon, you can still do so over here.

Check out the launch trailer below, along with more details.

SANTA ANA, California, February 26, 2019 — Nicalis, Inc. today announced that RemiLore: Lost Girl in the Lands of Lore has released on Nintendo SwitchTM, PlayStation®4 and Xbox One, with a Steam version coming soon. An all-new hack-and-slash action game, RemiLore follows the journey of an ordinary schoolgirl named Remi and a supreme magic book named Lore as they battle their way through the anime-inspired world of Ragnoah.In RemiLore, players can defeat enemies with a variety of powerful melee and magical ranged attacks, both of which can change dramatically whenever Remi equips any of over 200 different fun and fantastic weapons. All of the enchanting action in the game features rich HD visuals and dramatic lighting effects to enhance the beauty of Ragnoah’s four distinct regions.

RemiLore features an in-depth upgrade system for spells, weapons and player skills. A variety of unlocked and unlockable gameplay options are offered, including:

RemiLore: Lost Girl in the Lands of Lore is rated E10+ by the ESRB and is available now as a digital download on Nintendo Switch, PlayStation 4 and Xbox One for $39.99 MSRP. A Steam version will be releasing soon. The launch edition of the physical version on Nintendo Switch includes a bonus instruction booklet and RemiLore-themed microfiber cleaning cloth.