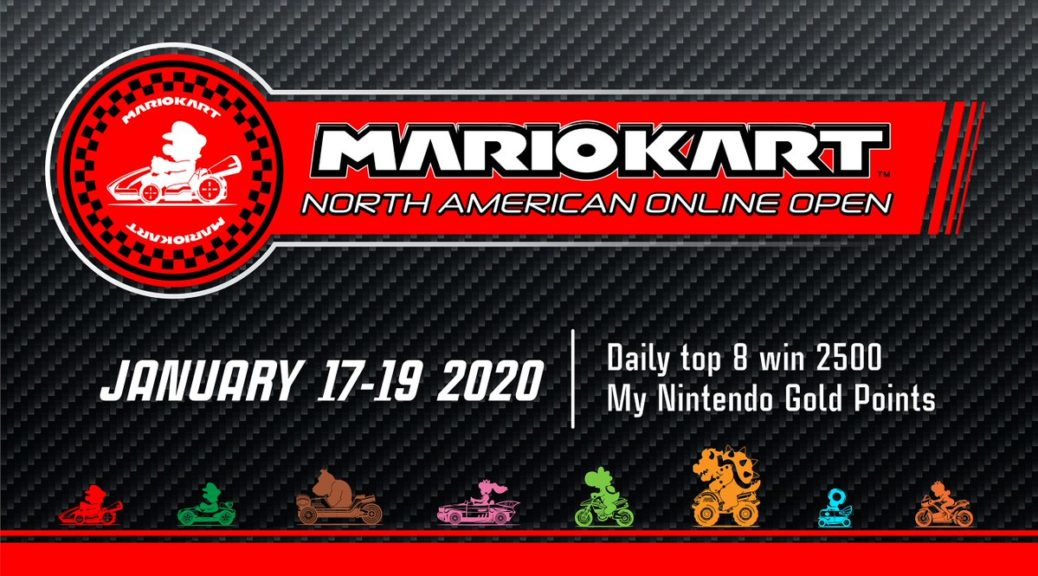 Nintendo of America is kicking off the new year with the Mario Kart North American Open where players stand a chance to win 2500 My Nintendo Gold Points.

Details can be found below:

Start your engines and race into the new year during the Mario Kart North American Open for a chance to win 2,500 My Nintendo Gold Points! Fire up your Nintendo Switch system from January 17th to January 19th each day from 12PM PT to 6PM PT, and make your way up the leaderboard (max 24 races). At the end of each day, the racers with the top 8 point totals will be eligible to win 2,500 My Nintendo Gold Points! Join the excitement by entering the following tournament codes on each day.