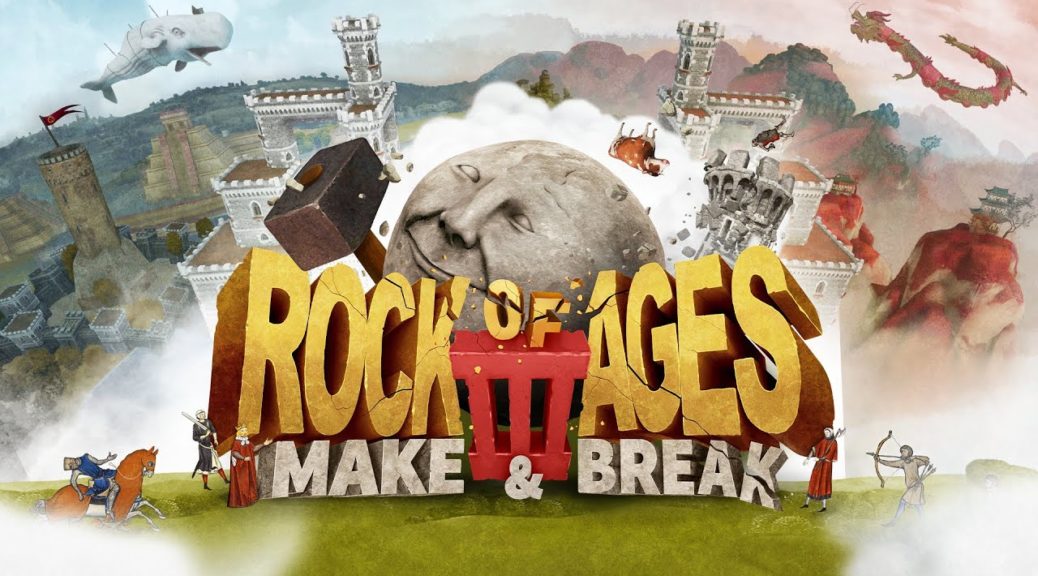 Nintendo fans can finally dig into the next entry of the explosive and smashing Rock of Ages series!

Rock of Ages 3: Make & Break is now available for the Nintendo Switch. As previously reported, this new entry sees players once again smashing historic settings with the power of gravity on their side – and now they’ll be able to create and share their own levels too!

You’ll be able to grab it digitally via the Switch eShop, or purchase a physical copy over here (ships worldwide).

Alternatively, you can check out the launch trailer below:

Rock of Ages 3: Make & Break delivers on the tower defense-style strategy and arcade-paced action of its predecessors while bringing new innovations to the series such as its robust level creator. Fans now have the chance to design their own courses and share them with the Rock of Ages 3: Make & Break community, giving the experience endless replayability as players bring their dream creations (or fiendishly tough challenges) to life.

Beyond the level editor, there are several other new game modes for fans to tumble into. These include Humpty Dumpty, in which players are tasked with safely delivering the infamous egg to the finish line without allowing the two hits that inevitably break him. In contrast, Avalanche mode sees players building up their own towers to defend themselves from a mob of very angry boulders barreling their way.

With over 20 different boulders to choose from, an endless amount of levels thanks to player-created courses, and a hilarious reimagining of folk legends and history, players will never run out of fun things to do in Rock of Ages 3: Make & Break.