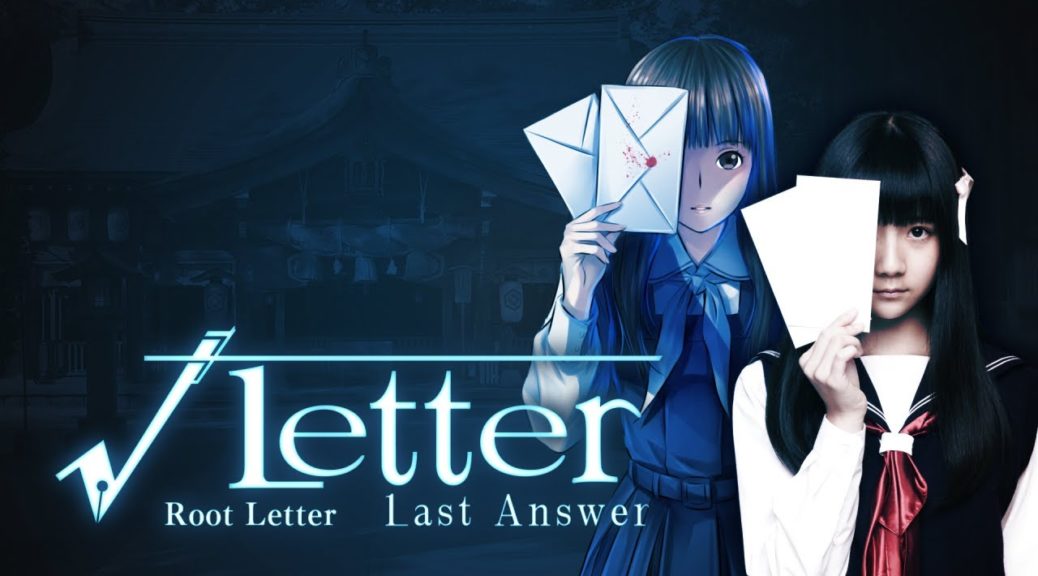 Root Letter: Last Answer will be released in 2019 for Nintendo Switch. The game was previously released in Japan last year.

Qube and developer Kadokawa Games are excited to announce Root Letter: Last Answer for Nintendo Switch and PlayStation 4! The visual novel bestseller will release later this year as an enhanced version of the gripping investigation story, including a new epilogue, gameplay improvements and a brand new live action mode, turning all the hand-drawn moments into reenacted scenes.

15 years have passed since your correspondence with your pen friend Aya Fumino. While you moved on with your life, a confession of murder left in her last letter now resurfaces. Travel to Aya’s hometown and discover what happened to her. Her friends may know the truth but none of them seem willing to let you delve into the past. Are they responsible for her disappearance?

A visual novel bestseller
With over 500 thousand copies of the original sold in the west, the mystery story is one of the most successful visual novels of all time.

Follow the leads given in Aya’s letters to track down her long-time friends. Use your items and the information found during the investigation to make them reveal the truth.
Live-action mode: A new way to enjoy the story
Turn on the live-action mode from the title screen at any time in the game to see Shimane’s locations and residents come to life.

Players who prefer the animated version of the game will enjoy the beautifully detailed artwork by the masterful character designer Minoboshi Taro and the atmospheric soundtrack by composer Takashi Nitta.