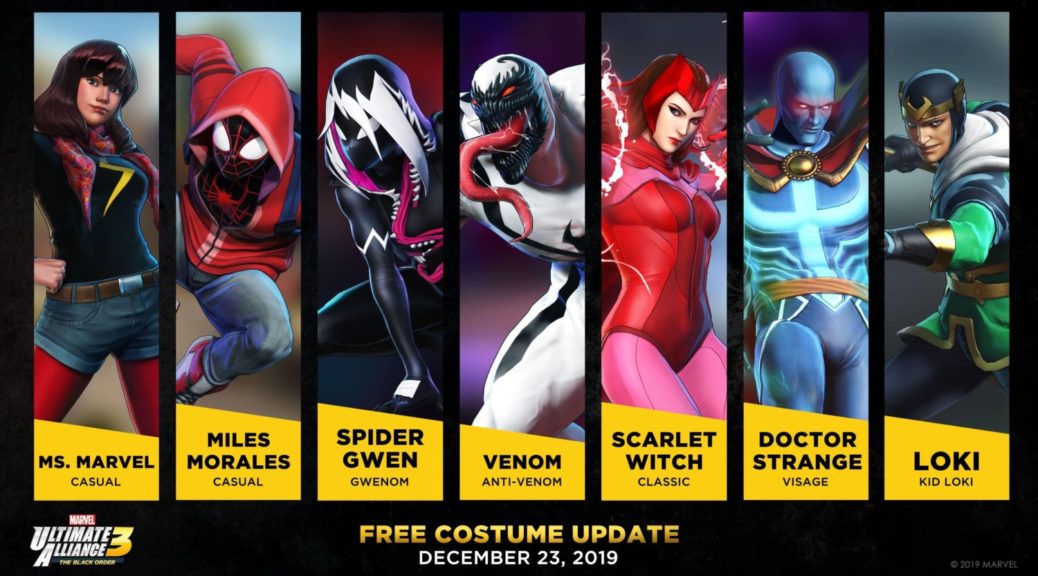 Earlier this week, we reported some datamined info from Marvel Ultimate Alliance 3: The Black Order, which included details about the next batch of free costumes supposedly heading for the game.

As it turns out, the datamined costumes (for Miss Marvel, Miles Morales, Spider-Gwen & Venom) may have been originally planned to launch with the December 23rd update. Evidence for this comes from a deleted image that was apparently included in a Marvel.com article about the update.

As you can see, the image shows off all four datamined costumes as part of the December 23rd update. Although the image has since been deleted from the original article, the article still mentions Gwenom alongside other costumes that did make it to the game:

If the four datamined costumes were originally going to be included in the December 23rd update, this would explain why Gwenom can be found as a boss in the Rise of the Phoenix DLC, even though the costume cannot be obtained in-game by players. Why the developers chose to remove the four costumes from the update remains unknown.

That said, it is probably safe to assume that these four costumes will eventually be available for players to obtain, given that they are still present in the game’s code. We will be sure to bring more details as they come.