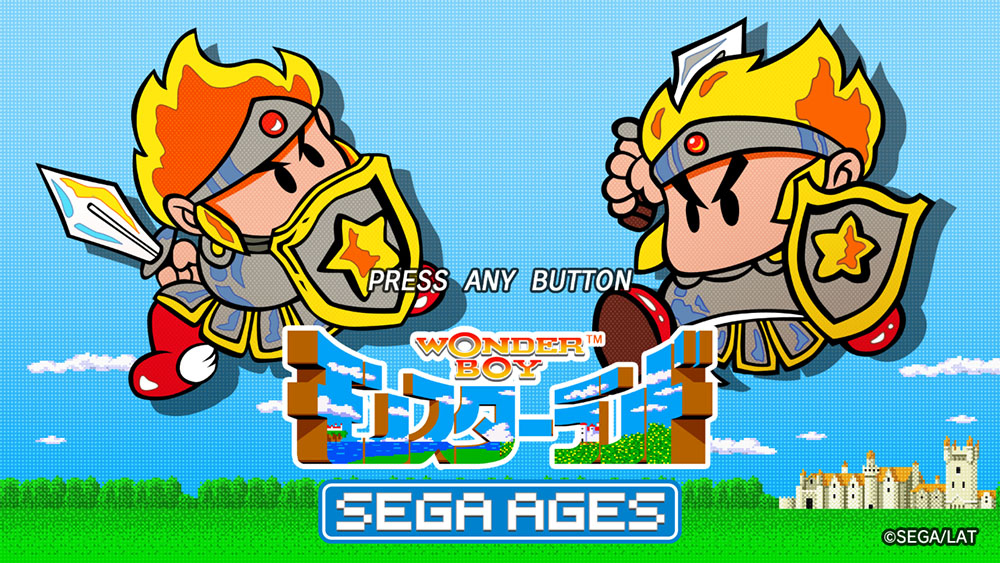 The official website for Wonder Boy in Monster Land has officially been opened today along with a slew of meaty details.

No specific release date has been revealed yet but we know the game will be coming “soon.” It will be available via Switch eShop for 925 yen.

The “Joystick Rattle,” an old arcade trick in which the player vehemently rattles the joystick to increase the amount of gold obtained at certain points on the map, can be executed with a single button in the Sega Ages version. “Money Hungry Mode” is a new mode that seals away the Joystick Rattle technique and forces the player to challenge the game how the designers initially meant for it to be challenged. Compete against other players around the world in online leaderboards. The online leaderboards included in previous ports of Wonder Boy in Monster Landare all included in the Sega Ages version. Examples include: