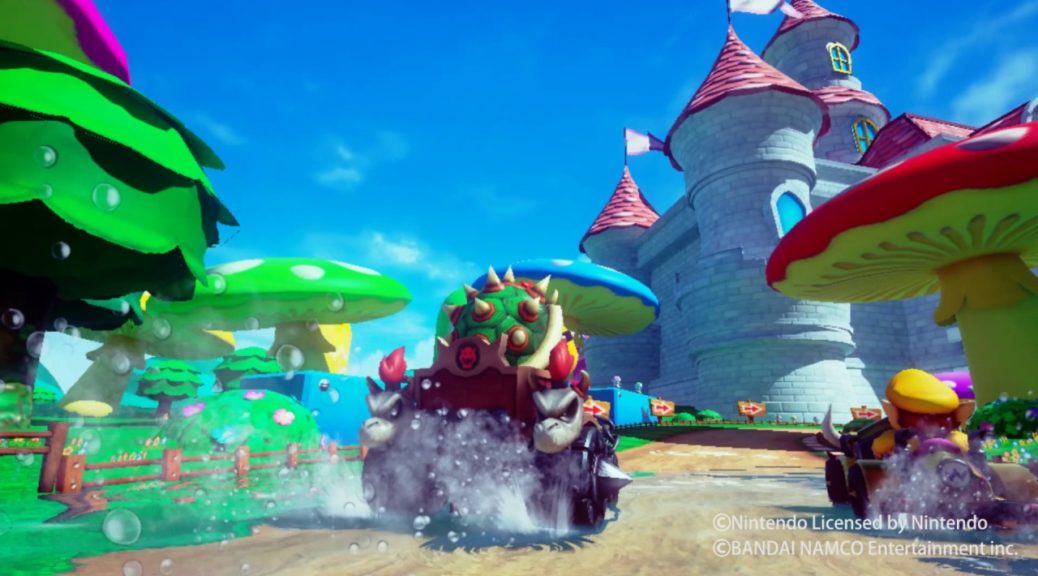 Bandai Namco may be involved with the Mario Kart Arcade GP series, but that doesn’t mean Nintendo couldn’t step in!

Mario Kart Arcade GP VR, the world’s first Mario Kart experience in Virtual Reality, is now open to the public at Bandai Namco’s VR Zone in Shinjuku, Tokyo. Players can immerse themselves inside the game in 360 degrees, and use gestures to throw bananas and Koopa shells at opponents.

Some examples include the new Hammer item, used to strike damage on other players, and the absence of Question Blocks, which have been replaced by power ups floating on balloons.

A full rundown of the Mario Kart Arcade GP VR experience can be found here.