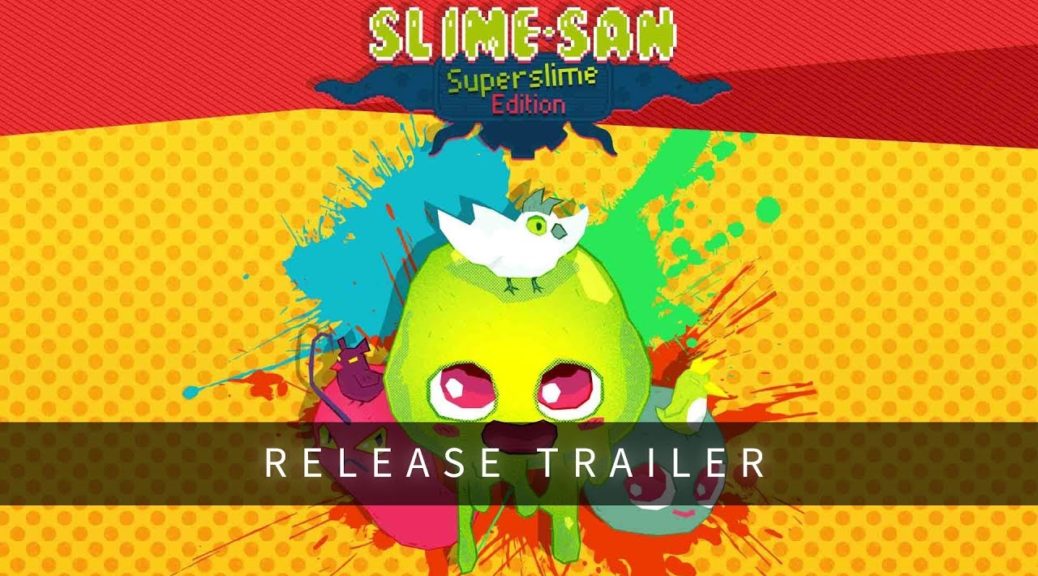 Award winning platformer Slime-san has received a free patch that transforms the game into Slime-san: Superslime Edition on Nintendo Switch.

The Superslime Edition contains every content patch released thus far as well as two new campaigns and tons of levels. If you haven’t picked up the game yet, Slime-san is now 50% off on the eShop for two weeks.

Are you ready for the ultimate version of Slime-san, one of the best action platformers out there? Fabraz’ Superslime Edition patch contains every content patch released thus far! That includes two brand new campaigns, tons of levels and more! In addition to that, Slime-san will be discounted by 50% for two entire weeks! There’s no better time to buy this content monster than now, it contains fun for hundreds of hours!

With the Superslime Edition, you’ll get more Slime-san than ever before: Escape a giant worm’s innards, play two crazy additional adventures and some brand-new levels that weren’t available on other platforms before. It includes over 150 challenging levels (plus NG+) and an insane amount of features (see below) as well as a great selection of mini-games, which will take you back to the good old days of gaming.

Compete in the online rankings by completing levels as fast possible! Show everyone your top-notch gaming skills! Speaking of top-notch, did you know that the controls of Slime-san: Superslime Edition are tighter than Robin Hood’s tights?! True Story!