Smartphone Revenue Only Makes Up 2% Of Nintendo's Revenue | NintendoSoup

Since smartphone games started posing a threat to the traditional game industry, investors have been calling for Nintendo to bring their games to smartphones, and the company finally gave in starting with Miitomo and Super Mario Run.

Now that we’re in 2018 and have seen many new Nintendo smartphone releases such as Dragalia Lost and Fire Emblem Heroes, how is the smartphone business doing for Nintendo? Not very good.

In the third quarter of the 2018 fiscal year, the smartphone business contributed a pathetic 2% to Nintendo’s revenue, even lesser than the dying Nintendo 3DS business (4%), Other business including amiibo, Virtual Console, and other platforms (4%), and Nintendo Switch (90%). 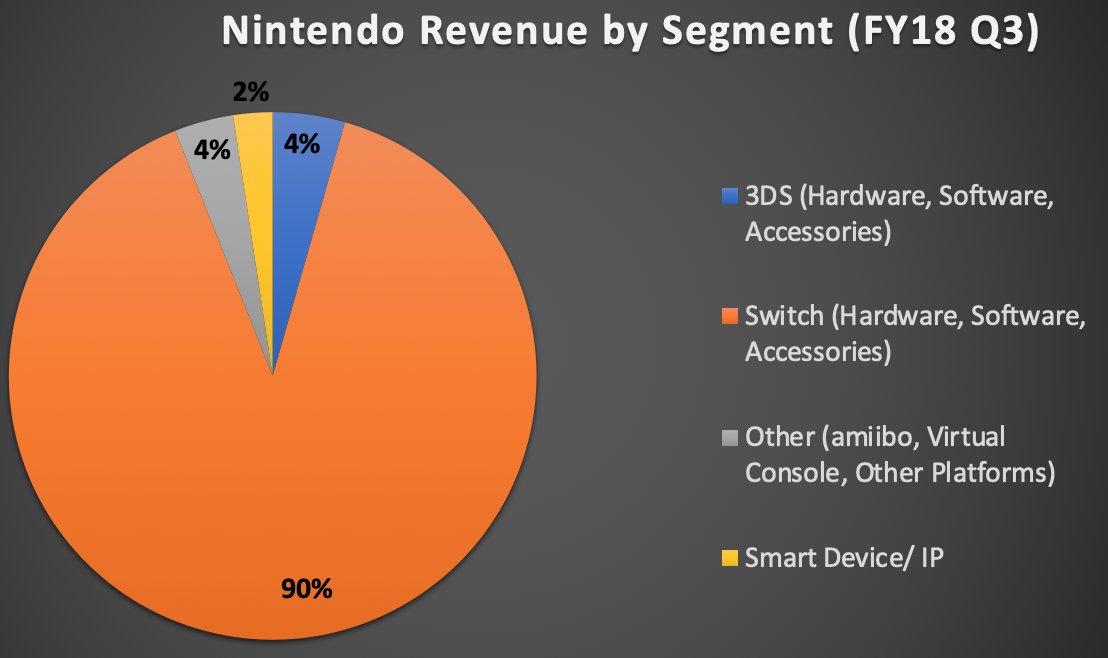 Today’s results prove Nintendo still has a long way to go in order to make the smartphone business a core pillar of the company. It also proves the company’s strategy with Nintendo Switch and creating their own hardware is the correct decision.