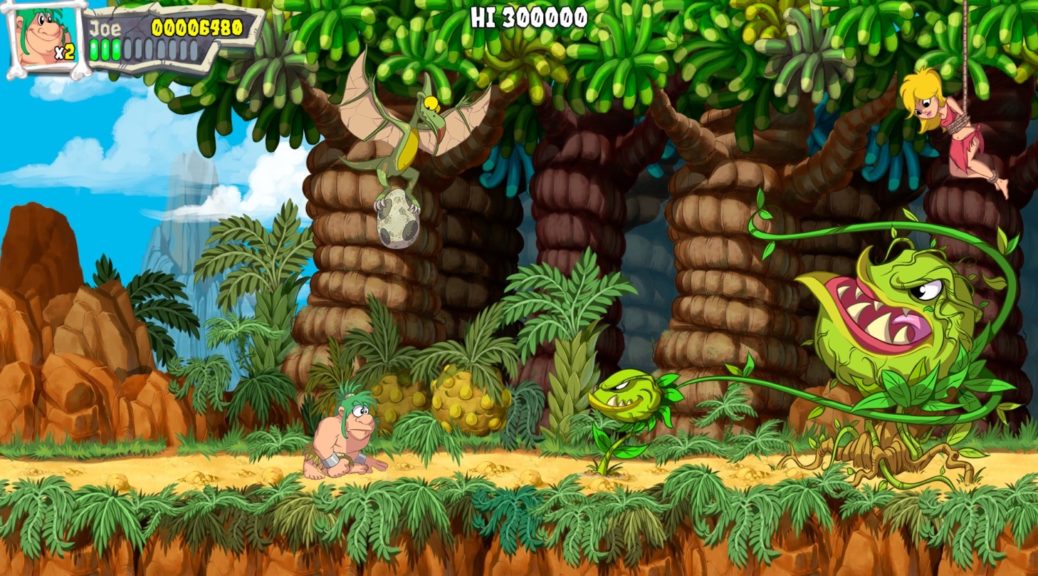 It looks like a retro platforming classic will soon be making its return in the future!

Developer Mr Nutz Studio and publisher Microids have announced that a modern remake of the arcade/SNES game Joe & Mac: Caveman Ninja is now in the works – with a release planned for consoles in 2022. While details are sparse for now, the companies shared that this remake will include an original adventure mode with new levels.

Here’s the official press release below:

Paris, October 14th, 2021 – Microids is pleased to reveal today the return of an iconic Japanese franchise, that has delighted a whole generation of gamers around the world, as Joe & Mac: Caveman Ninja will make its grand return to consoles and PC in 2022. The French publisher continues with its strategy of developing games based on Japanese licenses, such as the previously announced Goldorak and two games based on Taito franchises.

Originally released in the early 90’s on Japanese soil as an arcade game, Joe & Mac: Caveman Ninja is an arcade/platformer, playable solo or in cooperation. This new iteration of the game, developed by Mr. Nutz Studio (Toki, Asterix & Obelix: Slap Them All!), will invite players to go back to the Prehistoric Age and embody Prehistoric Men, ready to do anything to save the women of their tribe.

More than a remake of the arcade version, Joe & Mac: Caveman Ninja will include a handful of new features such as an original adventure mode containing brand new levels!