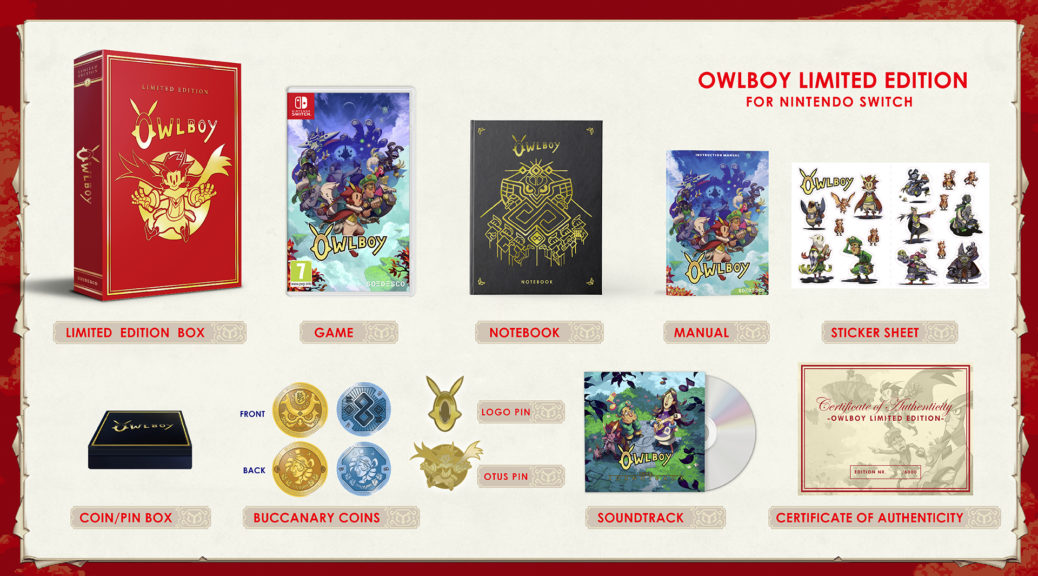 The first of many
The Owlboy Limited Edition is a very special edition that contains the base game along with several special collectors items. With only 6000 copies made worldwide per platform, this edition is rather unique. Each copy contains a certificate of authenticity with its unique issue number.