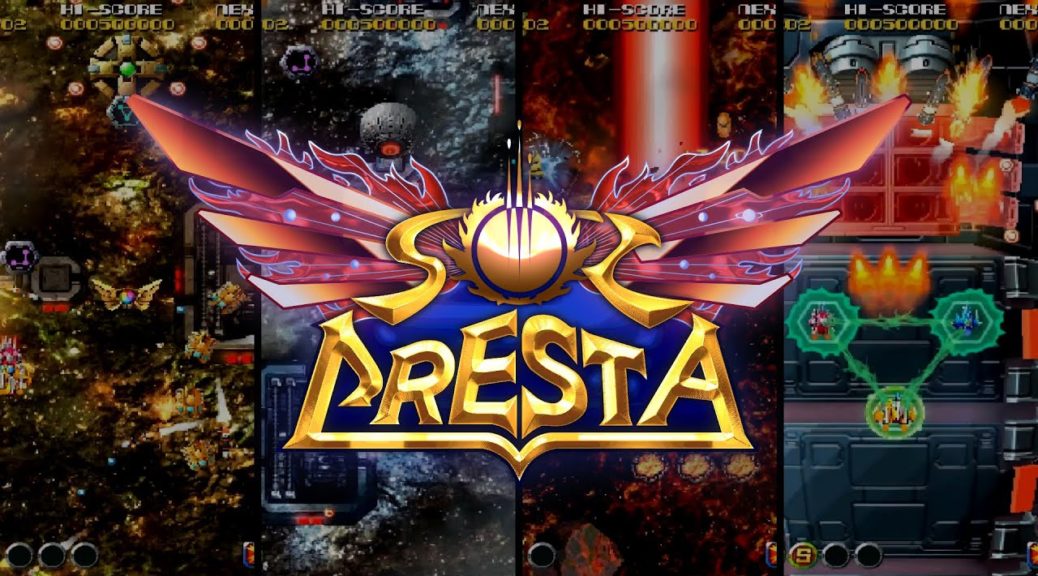 Platinum Games has released some new information about Sol Cresta, the sequel/revival to the classic shoot ’em ups Moon Cresta and Terra Cresta.

In a lengthy blog post, Platinum Games’ Hideki Kamiya went over the history behind the creation of Sol Cresta as a modern take on the shoot ’em up genre. Sol Cresta director Takanori Sato also detailed a few of the game’s systems, such as the  “dock-and-split” system and “Formations.

You can check out the new trailer below, along with a summary of some key details:

Sol Cresta is a NEO-CLASSIC shooter in which you pilot the cutting-edge docking fighter Yamato and initiate Operation: Sol Cresta to take back the solar system from the evil Mega Zohar army.

The Yamato is made up of three smaller ships; Unit 01 “Amaterasu,” Unit 02 “Tsukuyomi,” and Unit 03 “Susano.” By docking and splitting these three ships in a variety of ways, you can adapt to a variety of enemies and situations!

The three ships that make up the Yamato dock in lead, center, and rear order, and can split and re-dock at any time! By splitting, re-ordering, and re-docking, you can change the Yamato’s weaponry and choose the best shot for the job!

When the three ships are split, they can get into special Formations and gain access to extremely powerful Formation Shots for a limited time. However, Formation Shots require energy to activate, so don’t just blaze away!

There are other formations to find as well! Use Formations wisely to get out of a jam!