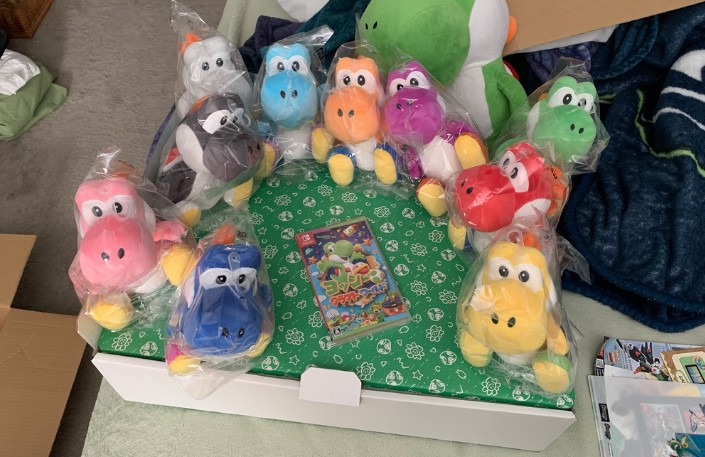 Yoshi fan notorioustimp was one of the Yoshi maniacs who decided to import this crazy bundle from Amazon Japan, and today they shared a couple of photos of the bundle with the Internet. Interestingly, the plushies and game were shipped in a special Yoshi design box, rather than a generic Amazon box.

Check out the photos in the gallery below:

So I bought that MEGA collectors edition of Yoshi’s Crafted World and I regret nothing!