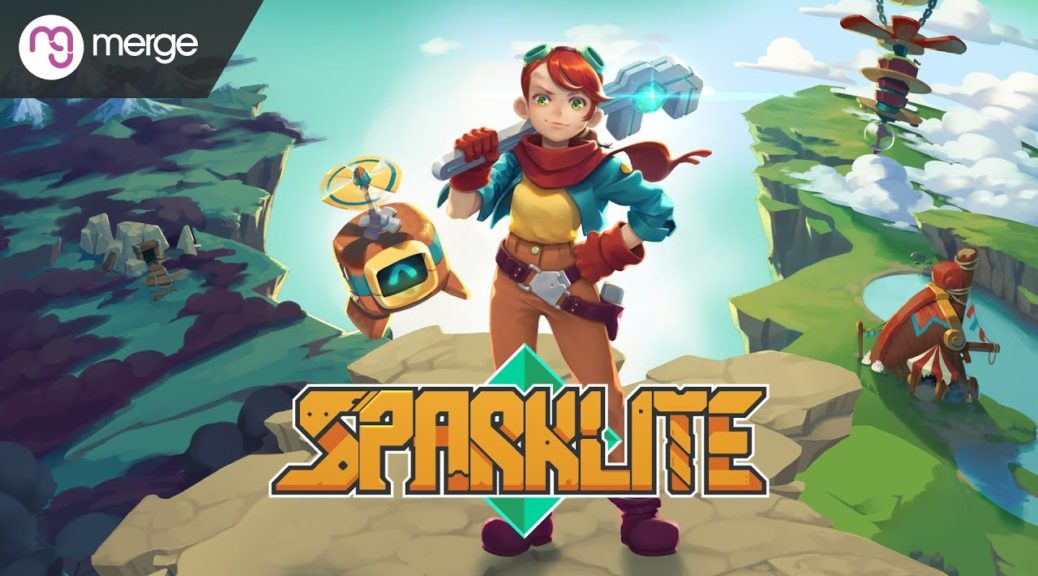 Merge Games has rolled out the first update for the action-adventure RPG, Sparklite, today!

On this new update, a number of fixes and improvements have been made available for a better gameplay experience.

Sparklite is now readily available digitally and physically for the Nintendo Switch.

The most recent patch will be live soon on Xbox and Nintendo, here’s what will be addressed:

Save when Winning after beating the final boss
Brute no longer slides around and jumps off-screen in Furnaces
Moved Beat in Golden Woods biome that was stuck under chest (on saves created in / after this patch)
Save when Quitting
Fixed rare crash when loading into Shifting Sands
Balanced damage from hammer attack
Performance Optimizations
Rumble no longer gets stuck continuously on death or pause
Player no longer gets pushed outside arena in Boris fight
Walls no longer appear on top of caves, blocking gameplay
Gremlin Spawner no longer revives itself if it’s killed
Standing Ranged and Jetpack Gremlin easier to earn in Bestiary
Catersplitter Statue is no longer hidden in Bestiary
Ada no longer jumps into a sinkhole in desert forever
Buried Chest in Desert now has loot
Prevent Ada getting stuck when jumping down into tight collision
Fix player to be invulnerable during cinematics
Wingnut now cancels abilities when control is interrupted
Monty’s Crew Cards are no longer off by 1
Nail Puzzle in Swamp is fixed
Baron fight audio improvements
Companion Horn now works when Idle
Wingnut’s light no longer behaves as if it the improvement patch were applied
Removed useless Switches in Shifting Sands minigame Room
Widget Recycling Patch uses correct text
Beats Notes come from fruit of Desert tree rather than base
Raise volume on Monty’s theme (was quiet compared to rest of music)
Don’t play landing FX when jumping in pit