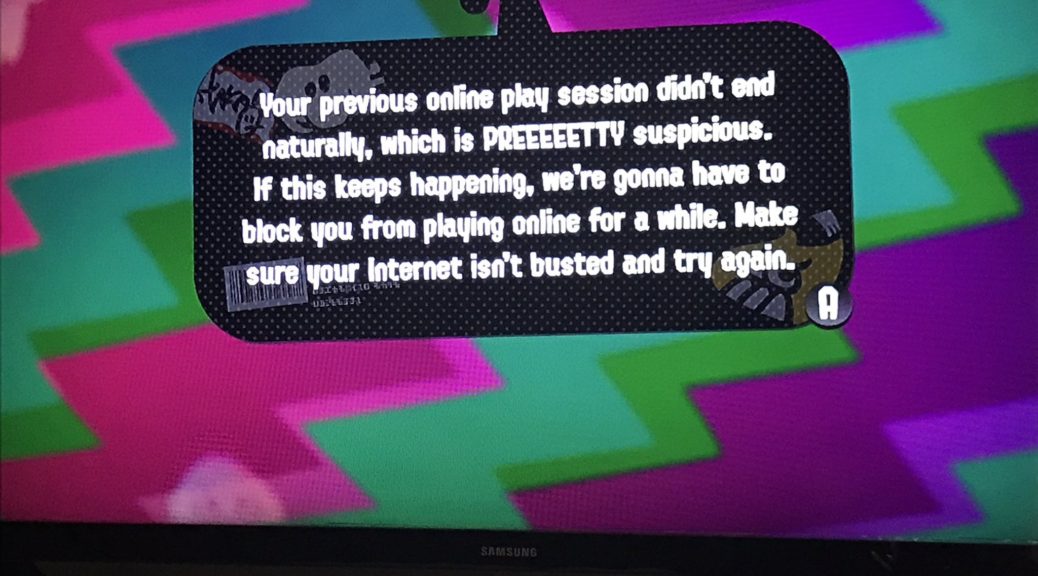 While those on Team Cake and Team Ice-cream were battling for Splatoon 2 supremacy, Nintendo has been working behind the scenes to make the Splatoon 2 multiplayer scene better for everyone.

As @hypwnotic on Twitter has found out, Nintendo has been dishing the ban-hammer on suspected rage-quitters. That is not to say @hypwnotic is a rage-quitter himself, if your Nintendo Switch suffers from intermittent or lossy Wi-Fi coverage, you might end up on the wrong side of the hammer as well.

Banning rage quitters has been a staple in many multiplayer games as publishers take steps to improve the experience for all players. However, how Nintendo is going to discern between actual rage-quitters and people with just bad Wi-Fi is yet to be known.