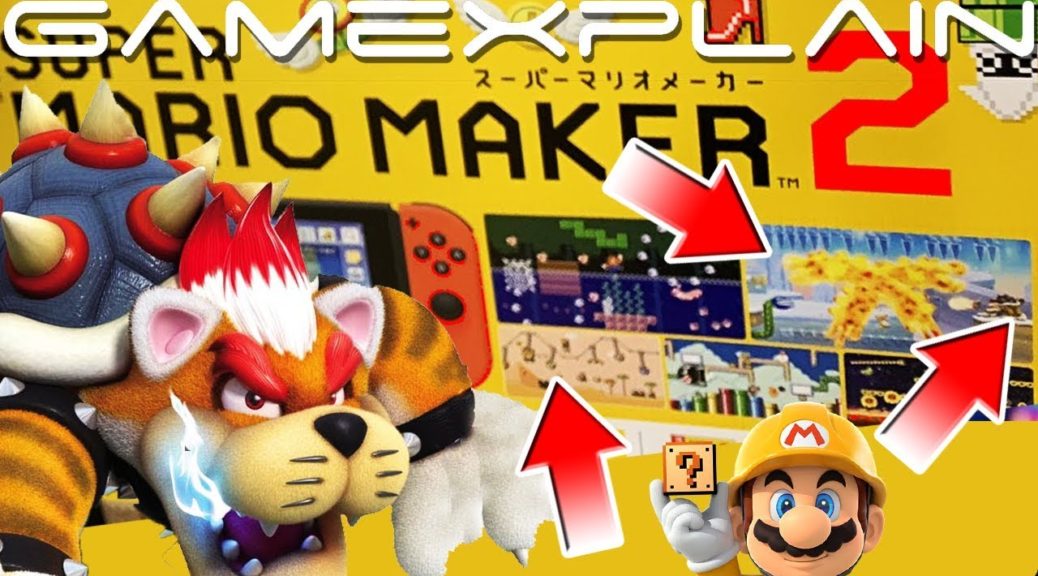 A brand new Japanese store advert for Super Mario Maker 2 which shows us some brand new screenshots with many new mechanics has been discovered.

GameXplain has analysed this advert and has found some brand new gameplay details in just these 5 screenshots on this print advert!

Super Mario 3D World theme with the snow style with Cat Bowser, Icicles and two Charvaarghs crossing each other.

Super Mario Bros 3 theme allows you to hang enemies on a rail including Bowser!

There are many new colored pipes in the Super Mario World theme which means you will be able to customize pipes!