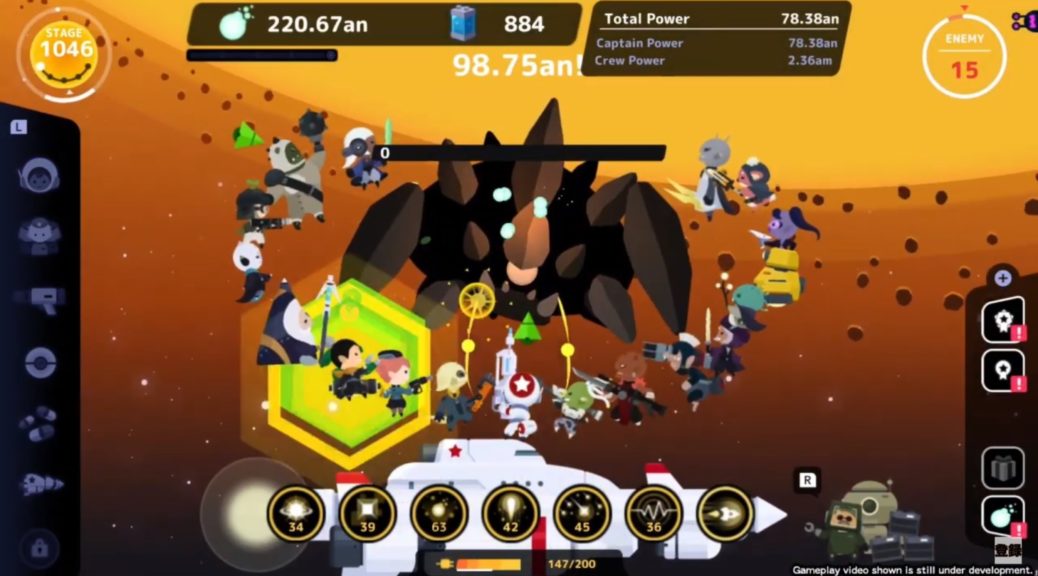 Captain StarONE is an easy and casual game that makes use of the Switch touchscreen. To play, simply tap the screen. The captains and astronauts aboard your ship will automatically fight the alien invaders.

Became the hero, Captain StarONE, in this game blending action and ‘inaction’. You set your strategies and combos, then multitask as the game carries out your attacks. Watch the battles unfold and be ready to jump back in to guide our hero!

As enemies become stronger your strategies and actions change; you then assist the Captain for stronger moves! Make timely interventions to manipulate and generate combos, aim for major damage, strengthen equipment, organize teams and head to victory!

Get ready for a unique and comical space adventure in Captain StarONE!