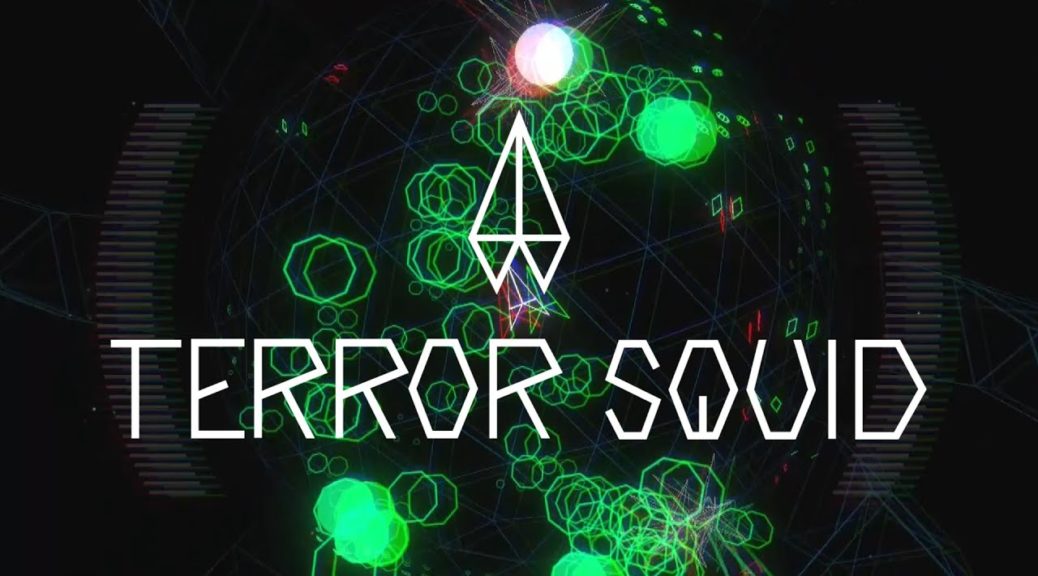 Tired of all those run-of-the-mill vertical shooters out there? Well, prepare to become your own worst enemy in this innovative new spin on the arcade genre!

Apt Games has confirmed via press release that their ‘score-attack synth nightmare’ game TERROR SQUID will be hitting Nintendo Switch in Spring 2020. The game sees players traversing across an empty sphere as a squid – but every movement they make will spawn new projectiles that will circle around to hit them!

Check it out the madness for yourself below:

Oslo, Norway – February 14th, 2020 – Apt Games is unleashing its score-attack synth nightmare TERROR SQUID unto the masses this Spring on Nintendo Switch and Steam. Prepare to wreak havoc upon the world as the eponymous TERROR SQUID.

TERROR SQUID is an easy to understand but difficult to master arcade game in which every enemy projectile is emitted by you, the TERROR SQUID. Set around a doomed planet, you’re a cosmic chaos entity spinning around the world emitting all manner of hazardous projectiles. What goes around comes around, as your inky bullet reign of terror circles around the globe creating an apocalypse of your own design. TERROR SQUID obliterates genre conventions of tightly choreographed patterns, and instead puts you in the role of your own worst enemy. Think fast and strategically as you weave through a bullet hell of your own making!

Your objective is to survive for as long as possible without getting hit by your own projectiles. Survive for long enough and you can release a primordial blast of dark energy, detonating your projectiles in glorious chain reactions.

Inspired by the spherical maps of Super Stardust and the short, intense action of Devil Daggers, TERROR SQUID is an endlessly addictive test of strategy and reflexes. Only the best players will manage to survive for even a minute in this unholy vector graphics apocalypse. Destroy worlds, ascend the leaderboards, and become one with the void in TERROR SQUID.

TERROR SQUID is the first Norwegian developed arcade game. Having won the grand prize in the Norwegian Gameplay Championships, the Norwegian Film Institute funded the creation of a real TERROR SQUID arcade cabinet, which can be played at Tilt, the largest arcade bar in Europe.

“TERROR SQUID is the kind of bite-sized, endlessly addictive arcade game that I can’t pull myself away from,” said TERROR SQUID beta tester John Doe.

“It’s such a simple premise, but we fine-tuned it to have plenty of tactical, score-chasing depth, and playthroughs are brief and tense enough to feel like an epic odyssey in the span of a minute. The true terror is how much time you’ll procrastinate on work playing the damn thing!”  said TERROR SQUID Creative Director Syver Lauritzsen.