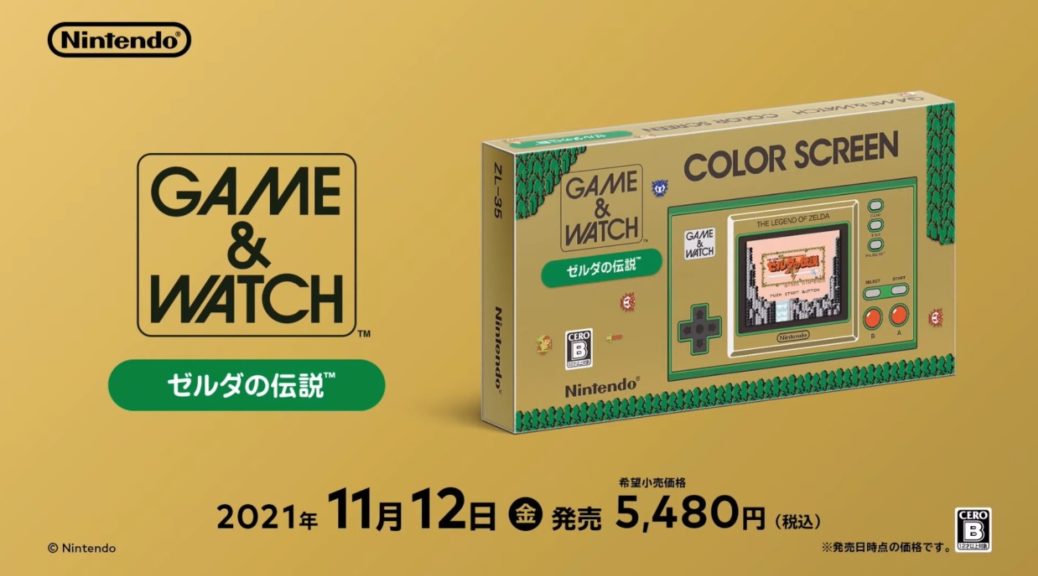 To celebrate the 35th anniversary of The Legend of Zelda, Nintendo will be releasing a Zelda-themed Game & Watch system!

Included in the console are 4 games: the original The Legend of Zelda, Link’s Adventure, Link’s Awakening, and Game & Watch title Vermin but with Link replacing Mr. Game & Watch. A playable clock and interactive timer are also included as well.

The system will be released on November 12.