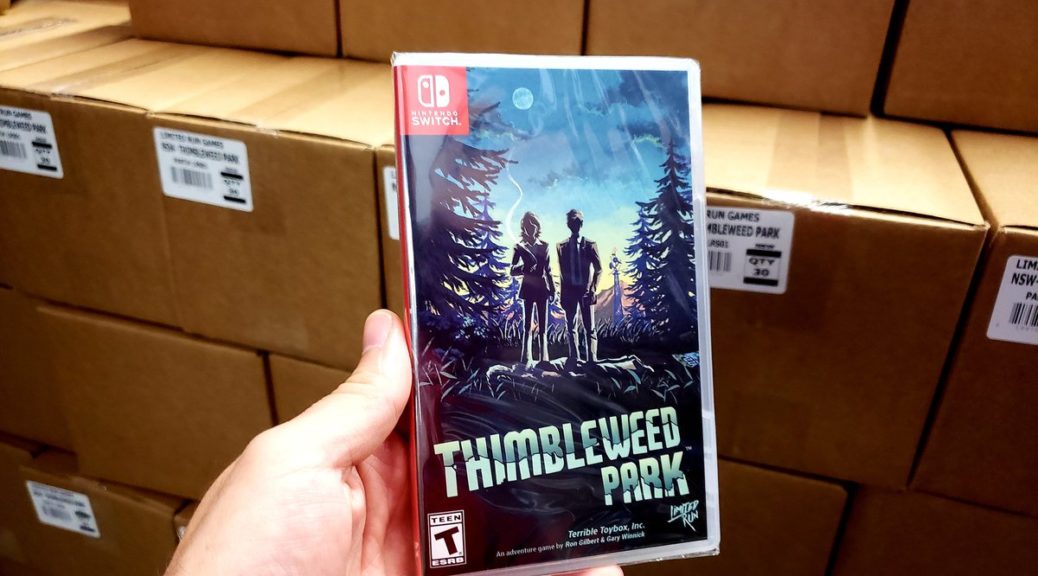 Thimbleweed Park has arrived. Standard editions will start shipping immediately. Collector's Editions won't be in hand until late next week but will ship out as soon as we have them. Thanks for your patience and support on our first ever Nintendo Switch release! pic.twitter.com/Ap6ajwMC6t