USJ Information L.C.A. Studios, an authority on Universal Studios Japan, has published a comprehensive report on how Super Nintendo World will look like after it opens in 2020.

The report comes after extensive research and visits to the area outside the Super Nintendo World construction site in Osaka, Japan, so this report has a very high level of accuracy.

First, here’s a mockup of how the park will look like from the sky: 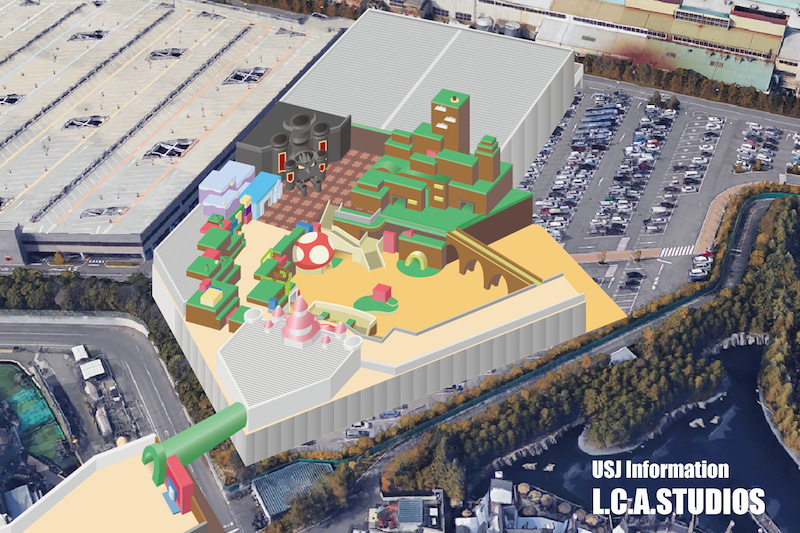 The position and layout of the park was determined after the tall structure emerged at the construction site last week, which is believed to be the hill with the flagpole: 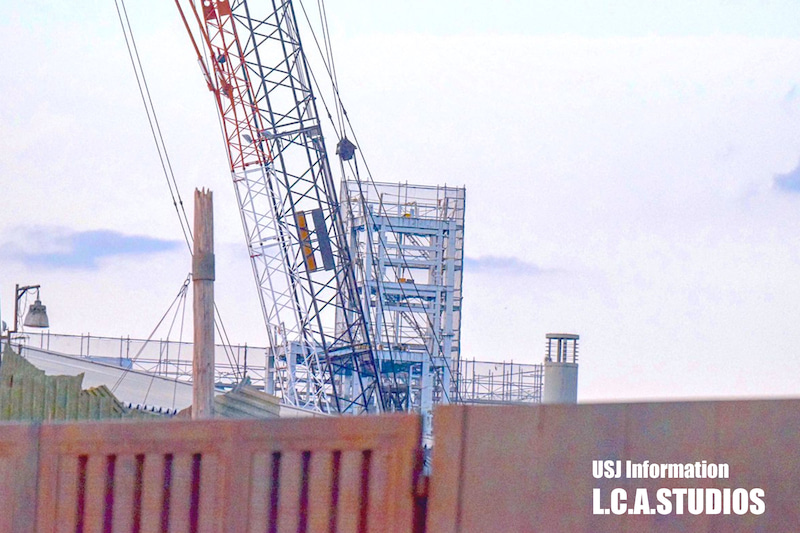 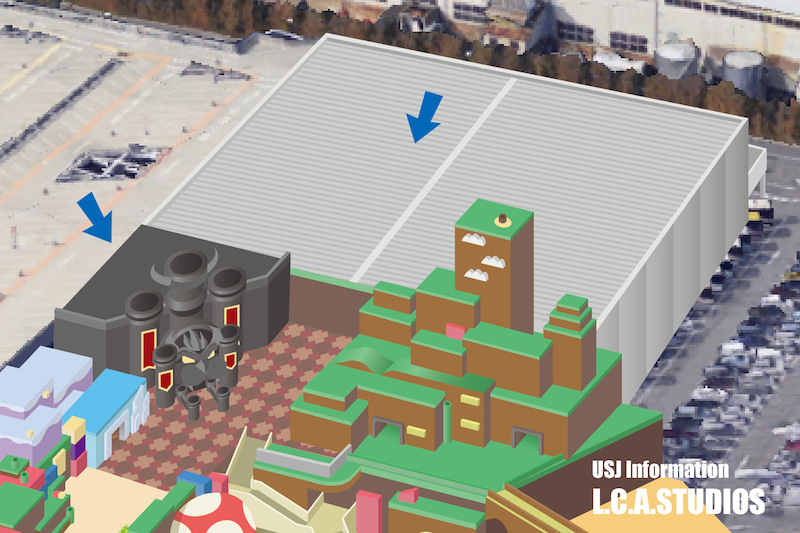 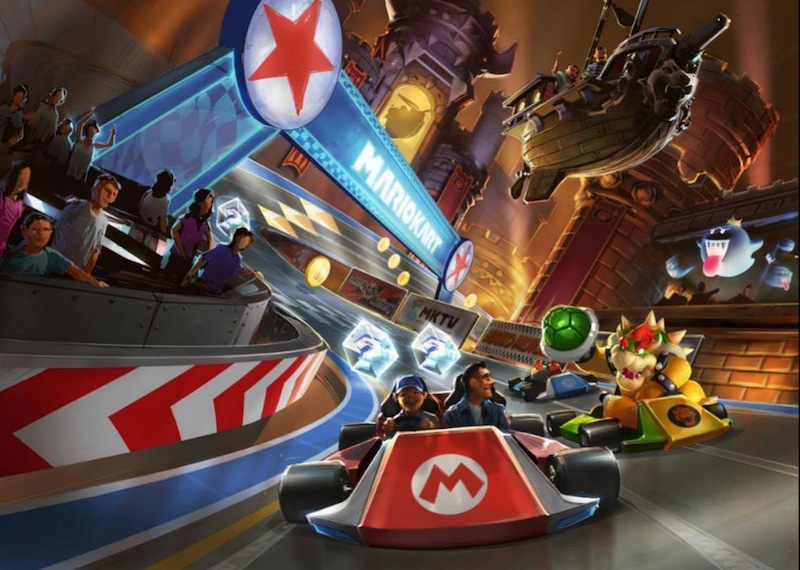 USJ Information predicts that the pipes leading to the hill are potential entrances to the Mario Kart attraction. They could also be interactive areas for visitors to explore. 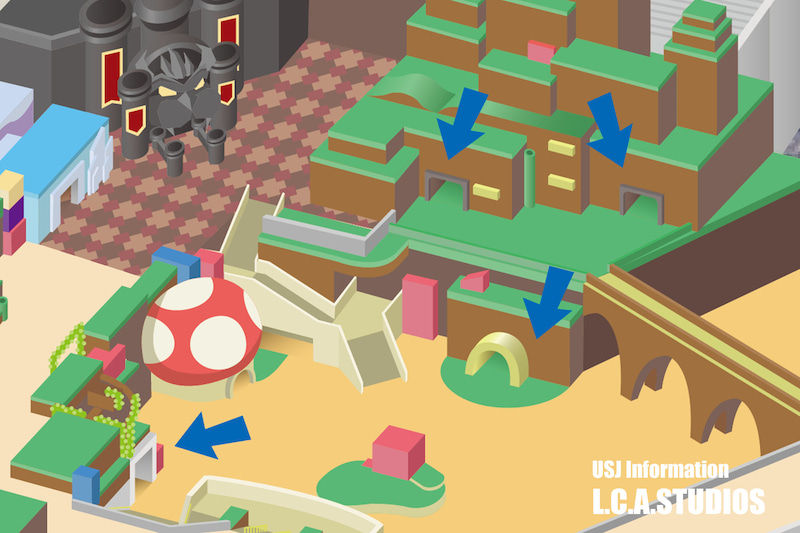 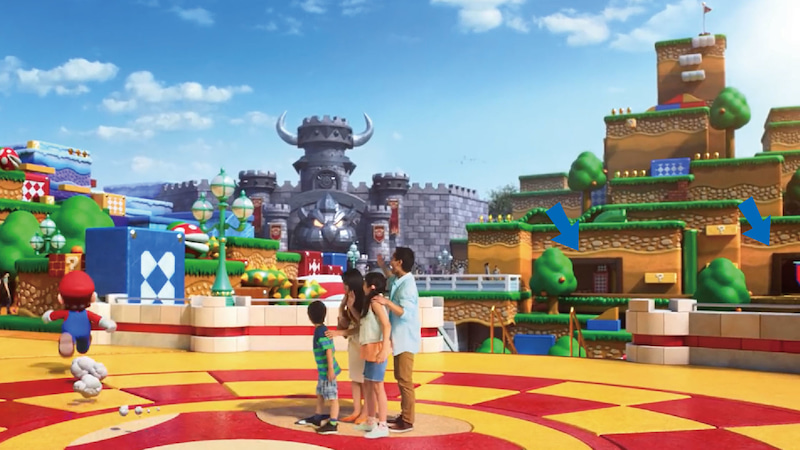 As we now know the positioning of Super Nintendo World, USJ Information has finally pinned down the entrance to the park. The green pipe entrance is expected to be on an elevated piece of land as shown below, which will be connected to Peach’s Castle. Peach’s Castle will probably be home to a few stores and interactive areas: 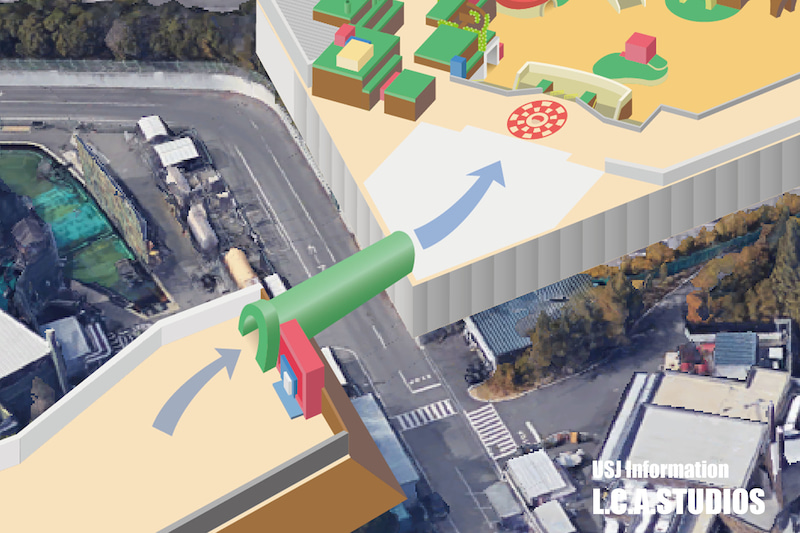 This is how it looks like from an earlier trailer: 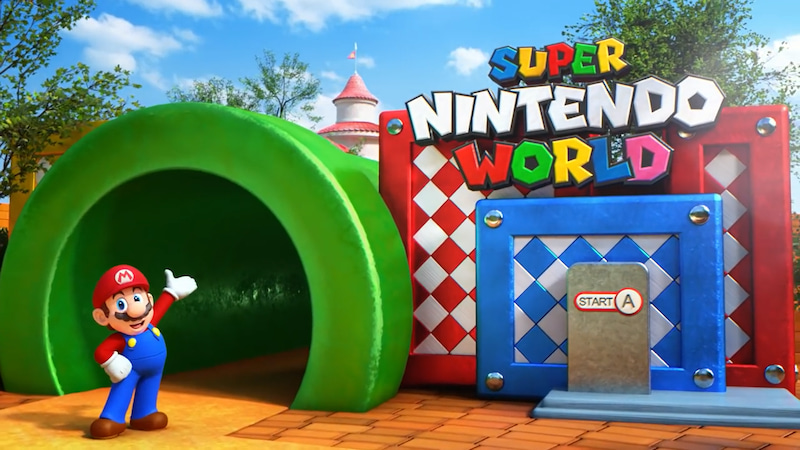 The Green Pipe’s entrance is located next to Water World, and Super Nintendo World itself is beside the Harry Potter area. 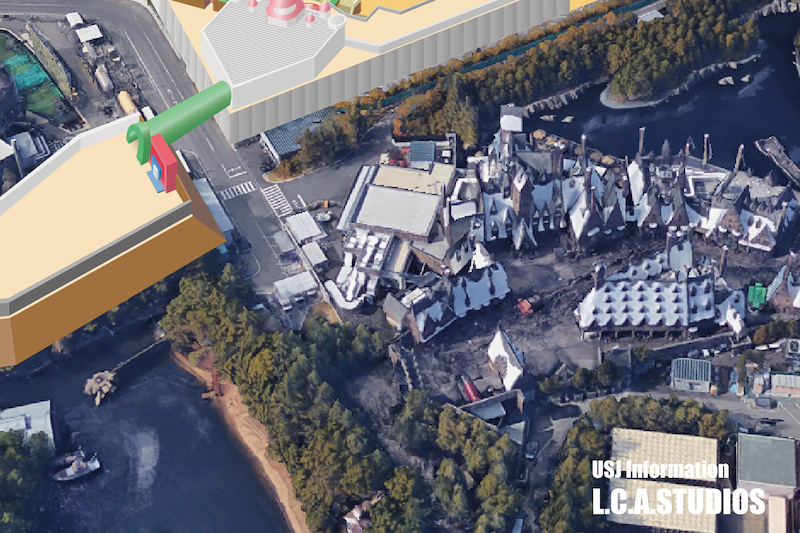 Although not confirmed, USJ Information speculates there could be a second entrance to Super Nintendo World right beside Harry Potter area. This would mean better crowd control as there are two entrances to the park. 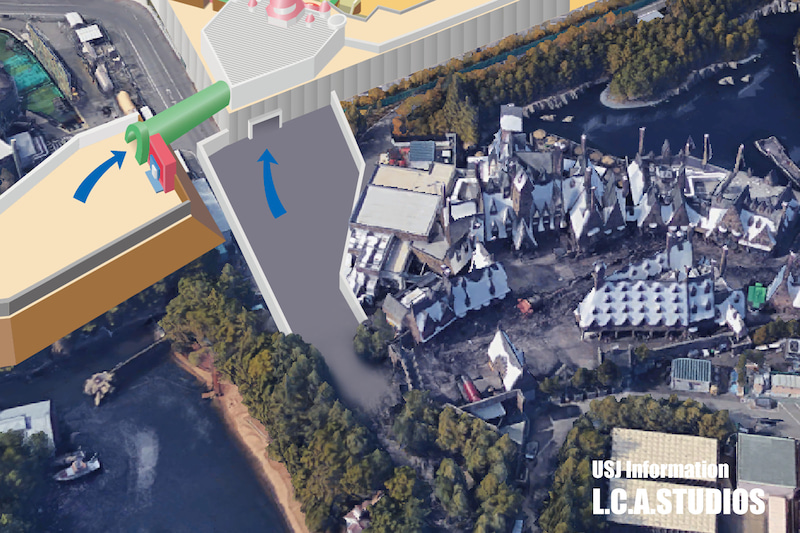 One thing that makes Super Nintendo World unique is the fact it’s a park with many different levels. This is a concern as overcrowding could cause accidents such as people falling off the stairs. The most crowded areas of concern are the stairs and the concourse. There could be escalators installed in Super Nintendo World to combat this problem. 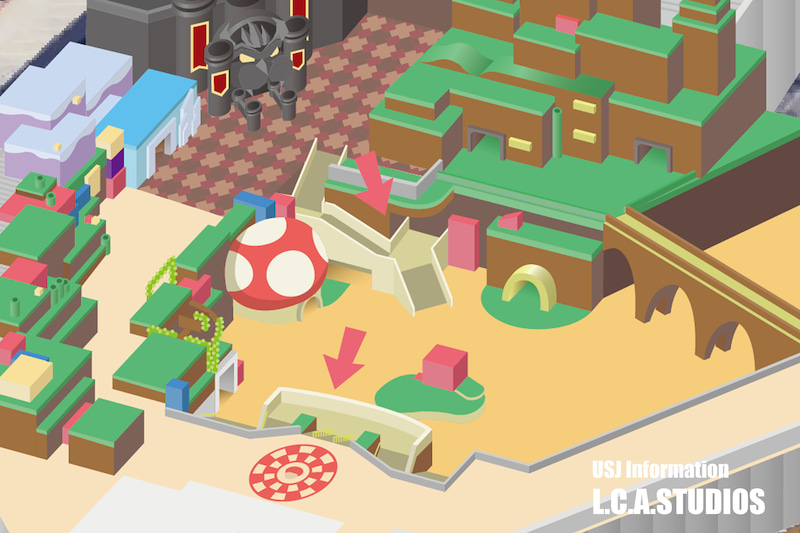 Right beside Super Nintendo World and the Mario Kart attraction is an empty plot of land which could be used for future expansion. We’ll have to wait and see what happens in the future! 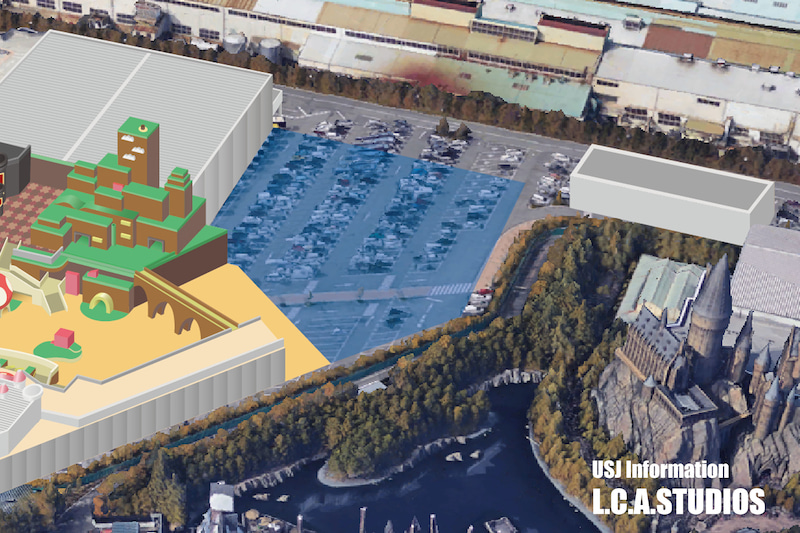 The Green Pipe entrance is expected to be a pedestrian’s crossing as the road underneath it is for ground transport to ferry staff. Imagine it as sort of a backstage area. 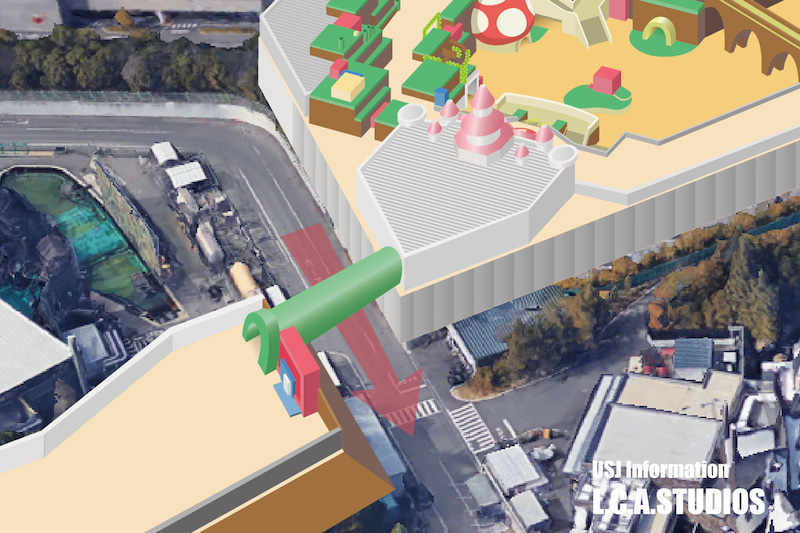