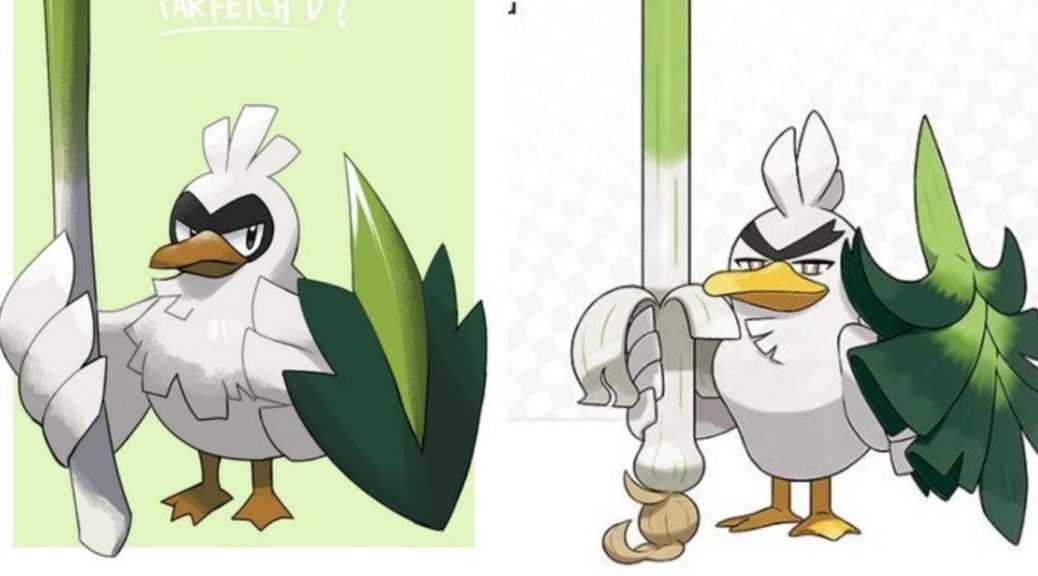 Interesting news about Sirfetch’d – it looks like someone correctly predicted Sirfetch’d will look like before The Pokemon Company officially revealed it yesterday. 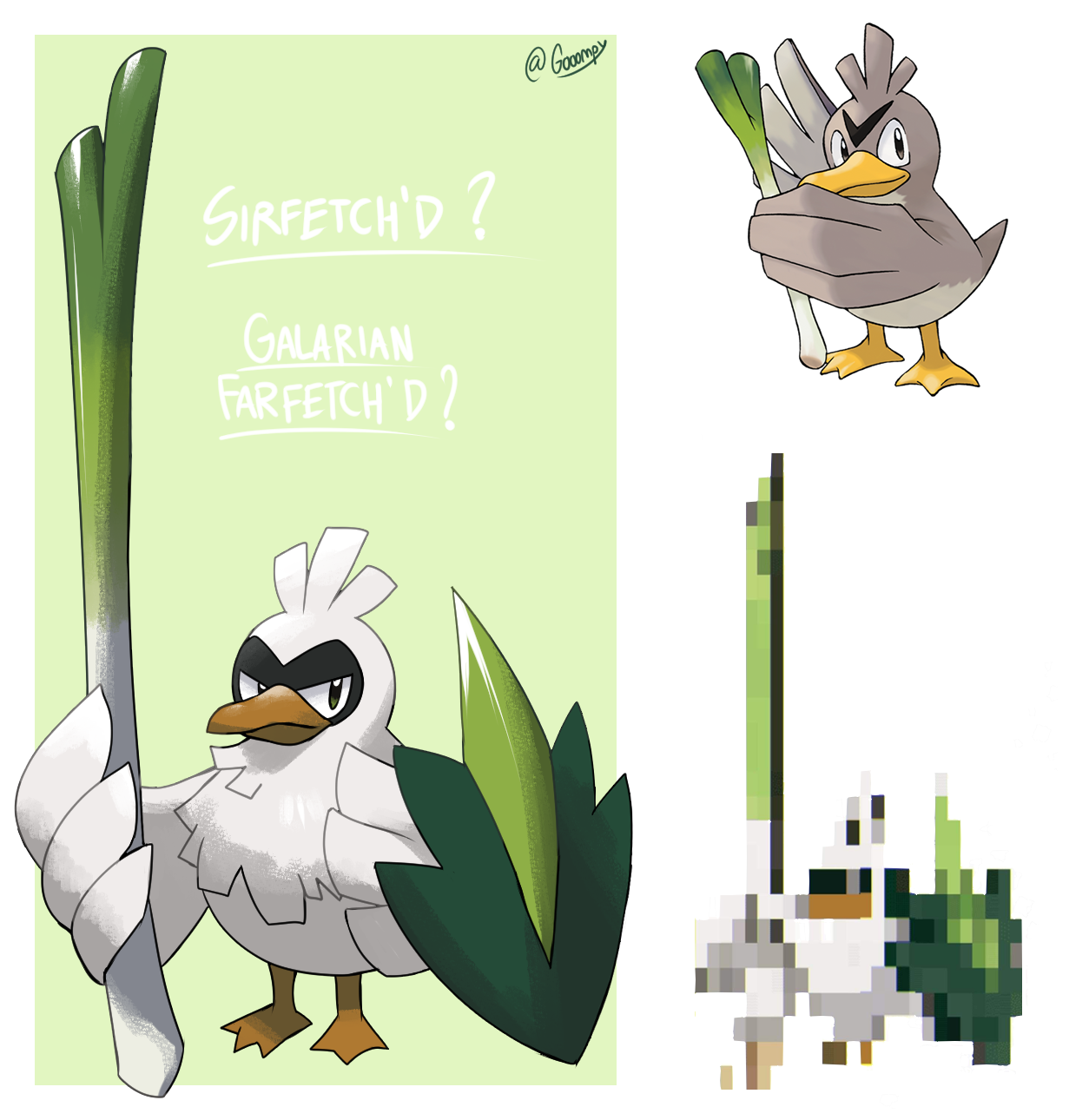 As other Pokemon fan artists didn’t follow what Pokémaniaques did, their artwork wasn’t as accurate as the final version: 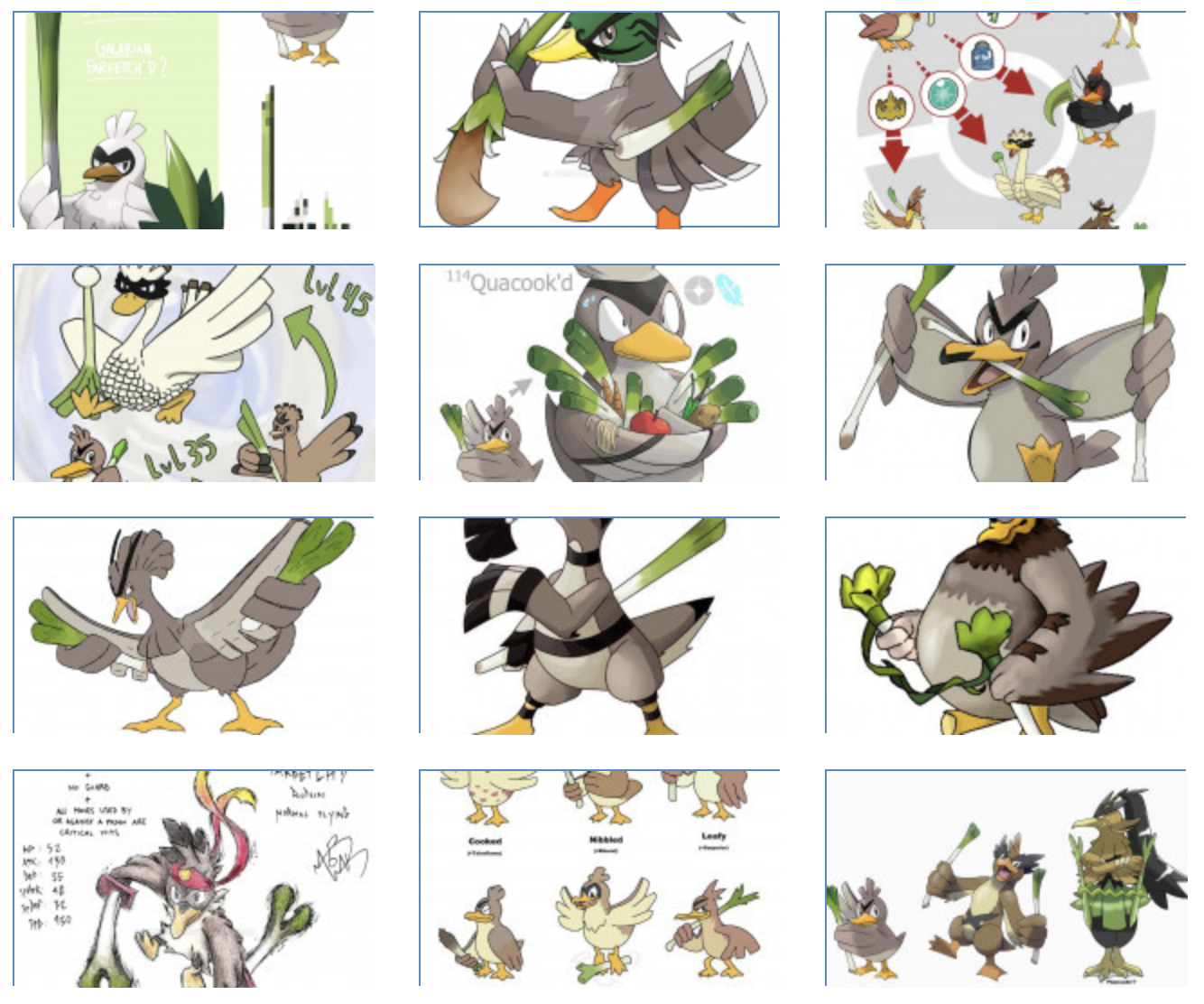 Here’s a final comparison between Pokémaniaques’ artwork and the real thing: 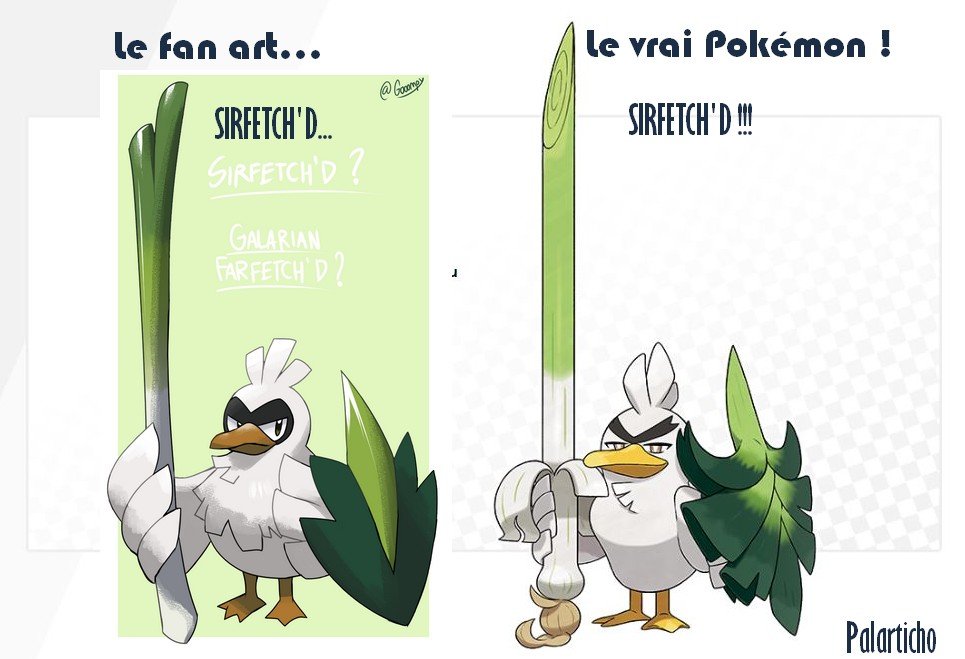