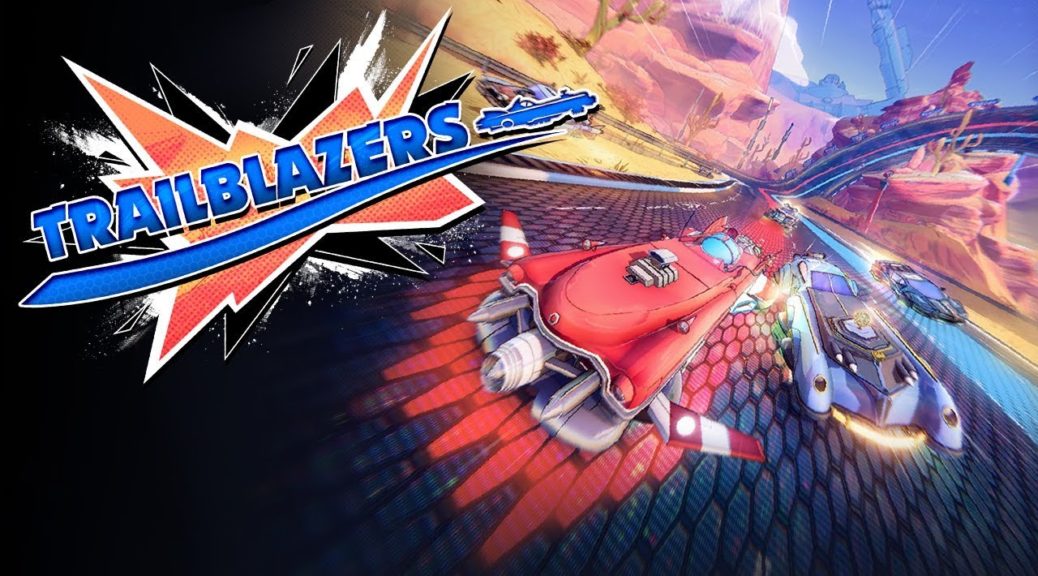 Trailblazers will be out in September 2018. Players will be able to get it on the same day at retail and eShop.

Check out the trailer, box art, and details below.

To celebrate, both the boxed and digital versions of Trailblazers on Nintendo Switch™ will pack in extra content, including brand new racer ‘Boo’s Dad’ as well as increased single-player content available straight out of the gate.

Experience vibrant visuals, mesmerising track designs, and the scorching sensation of speed where players use the on-track game mechanic of painting the track to create boosting lanes for each team. Racing together in teams of up to three, gamers will cover key areas of the racing line as well as painting over opponents’ painted paths to gain the advantage for their team. Racers who drive with flair and style will also amass skill points to blaze their way to victory!

Developed by Supergonk and published by Rising Star Games, Trailblazers will be available at physical retail for PlayStation®4 and Nintendo Switch™ in September, as well as digitally on Nintendo Switch™ at the same time.