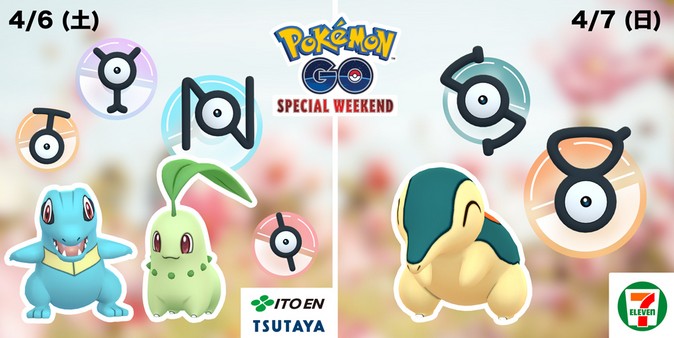 Turns out they aren’t the only company now as Tsutaya and 7-Eleven have joined in the fun. Previously, customers who purchase eligible Ito En products will be allowed to participate in Pokemon GO Special Weekend on April 6.

Existing Tsutaya Premium members between March 20 and April 4, 2019 will receive a complimentary coupon to enter the Special Weekend event on April 6. And for every 700 yen spent at 7-Eleven from March 15 to March 21, 7-Eleven customers will receive a coupon to participate in the event on April 7. So there are now more chances for trainers to join in the Special Weekend!