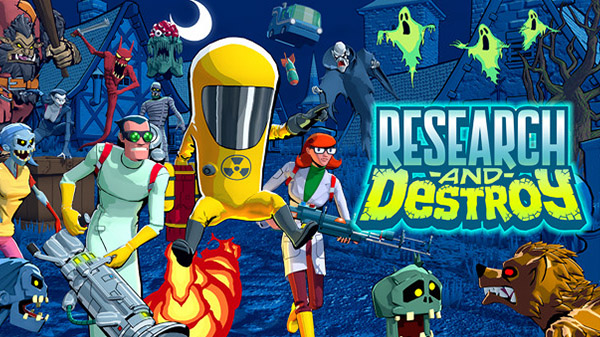 Looking for your next turn-based action game on Nintendo Switch? You might want to keep an eye on this new adventure from publisher Spike Chunsoft and developer Implausible Industries!

The two companies have announced Research and Destroy – a new adventure heading to Switch and other major platforms. Namely, the game will see players in control of three brilliant scientists defending the world against countless monsters and horrors!

Check out the official trailer below with more details:

Research and Destroy is a turn-based action game with simultaneous local or online co-op. Take control of three brilliant scientists as you research and develop strange new weapons and gadgets to destroy the Supernatural hordes that have all but crushed humanity!