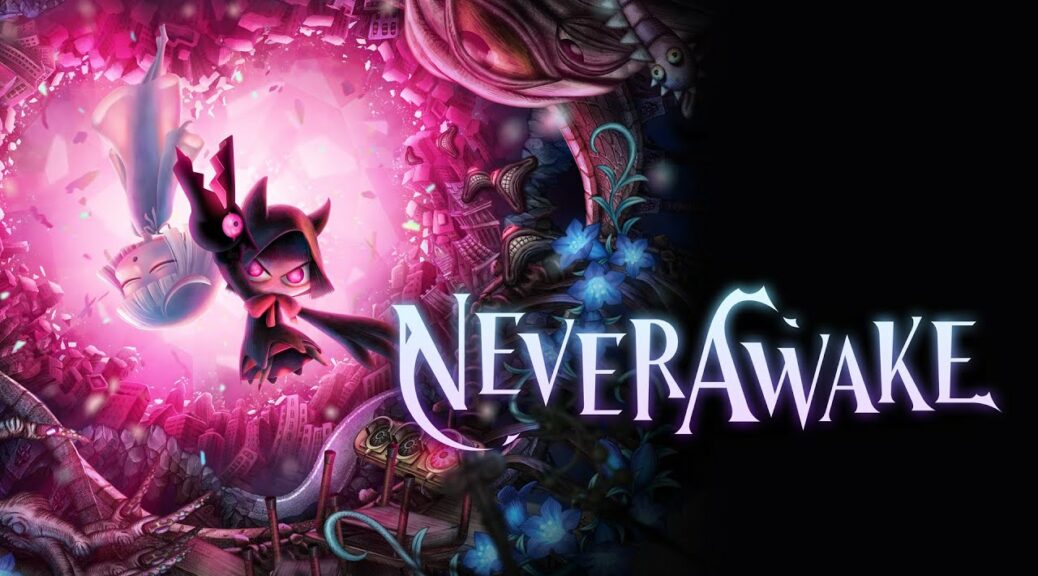 Switch owners will be able to get their hands on a stylish new twin-stick shooter adventure early next year!

Phoenixx Games has announced that NeverAwake will be hitting Nintendo Switch and other console platforms in Q1 2023. The game will see players fighting off a young girl’s nightmares as Rem, a fierce fighter armed with a dragon-shaped gun!

Check out the latest trailer along with more details below:

Discover the grotesque nightmares of a little girl, trapped in her slumber, paralyzed by fear, seemingly never to awake. In the deepest parts of her subconsciousness, she sees Rem, a fierce fighter armed with a demonic, dragon-shaped gun, who fights to conquer the forces trapping her.

Dodge, aim and shoot in 360-degree levels, gather enough power to unleash a wide blast around Rem when surrounded by foes as she drifts through beautiful hand-drawn landscapes of fears and monstrosities of the girl’s nightmares. Annihilate the abominations haunting her waking hours like dentists, angry dogs, and going to school. Other foes represent terrors more familiar to Japanese youth, like the first boss, a radish monster representing the acquired taste of wasabi.

Each of the 80 levels loops until Rem collects all the souls, and each loop gets more challenging if Rem can’t defeat her adversaries in time. Fight more than a dozen bosses, discover what lies at the core of the girl’s subconscious and what might lead to her freedom from this sleep paralysis.