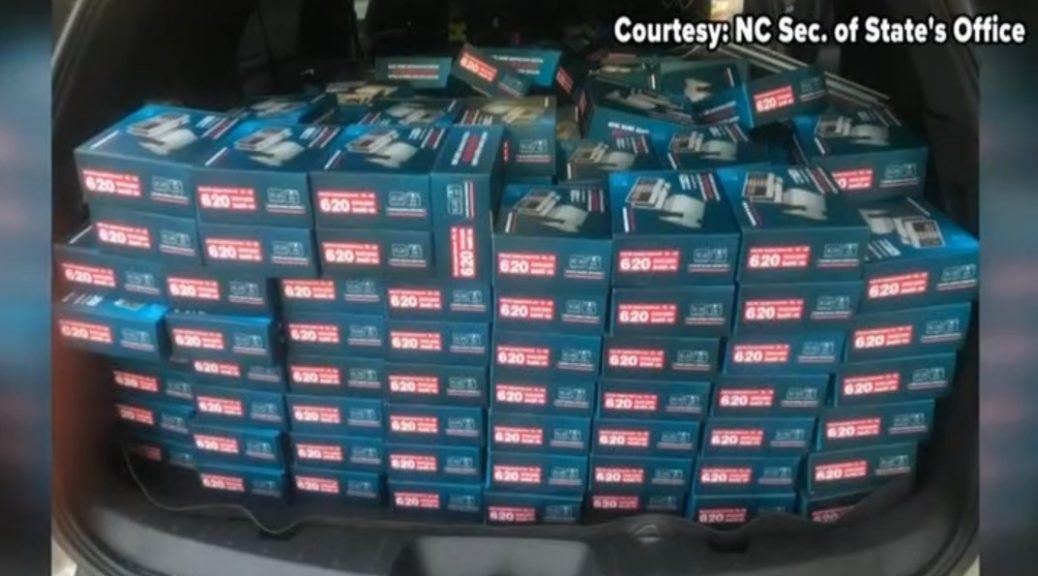 If you’re looking to get your hands on an NES Mini this holiday, you might want to be careful about where you’re getting it from.

Over in the US, the North Carolina Anti-Counterfeiting Task Force seized over three hundred fake NES Minis from the Triangle shopping center in Raleigh. According to reports, retailers “voluntarily” surrendered the counterfeit units, which would have retailed for $800,000 passed off as the real deal.

Many of the consoles seized claimed to contain between 600-800 games instead of the normal 30, a telltale sign of a fake console. Most of these hundreds of titles turn out to be the same generic roms repeated over and over again with different names, making fake consoles the subject of much ridicule online.

In a statement released to the press, Secretary of State Elaine Marshall warned consumers to be on the look out for counterfeit consoles, especially if the deal seems “too good to be true”.

If it’s inferior quality, it may be a fake. If it’s ‘too good to be true,’ it probably is.