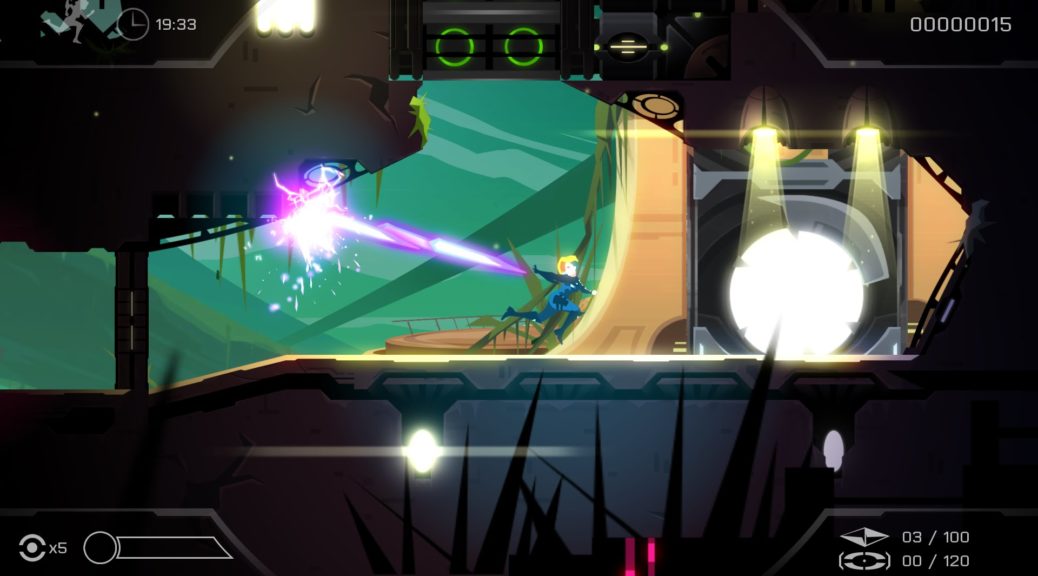 This is the first time a Velocity game is appearing on a Nintendo platform.

Velocity®2X launched to rave reviews in 2014, where it debuted on PlayStation Vita and PlayStation 4, before launching on Xbox One, PC, Mac and Linux the following year. Garnering a MetaCritic score of 90 on Vita and 86 on PlayStation 4, Velocity® 2X won the hearts of critics and players alike, with its inventive blend of pulse-pounding 2D action platforming and fast-paced vertical-scrolling shmup action.

This will be the first time a Velocity title has appeared on a Nintendo platform. A direct successor to Velocity, Velocity®2X follows the story of Lt. Kai Tana, a brave pilot who has found herself stranded a long way from home after getting sucked through a black hole. Discovered and experimented on by an evil alien race called the Vokh, Kai Tana has recently escaped with her “Quarp Jet” and must outrun her captors.

“As big fans of both arcade shmups and action-platformers, Velocity 2X has always held a special place in our hearts,” said Cédrine Décoret, Product Manager. “Playing it on the Switch’s pristine, handheld screen, it feels better than ever.”