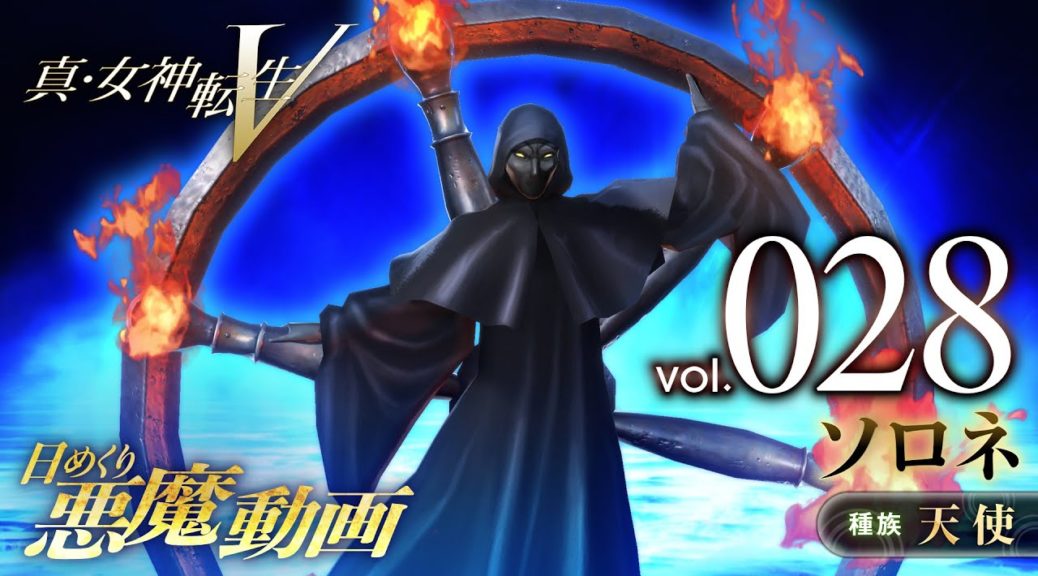 Today’s episode focuses on the divine Throne, showing off its design for the game along with its moves. You can watch the video below, along with an English translation posted by Zeruel4891 in the comments.

A greater angel placed third in the hierarchy of angels [TN: 座天使, “Zatenshi,” is the term used for Thrones in Japanese]. His name means “wheel.” He is the highest ranking angel with a physical body, and transports God’s throne.