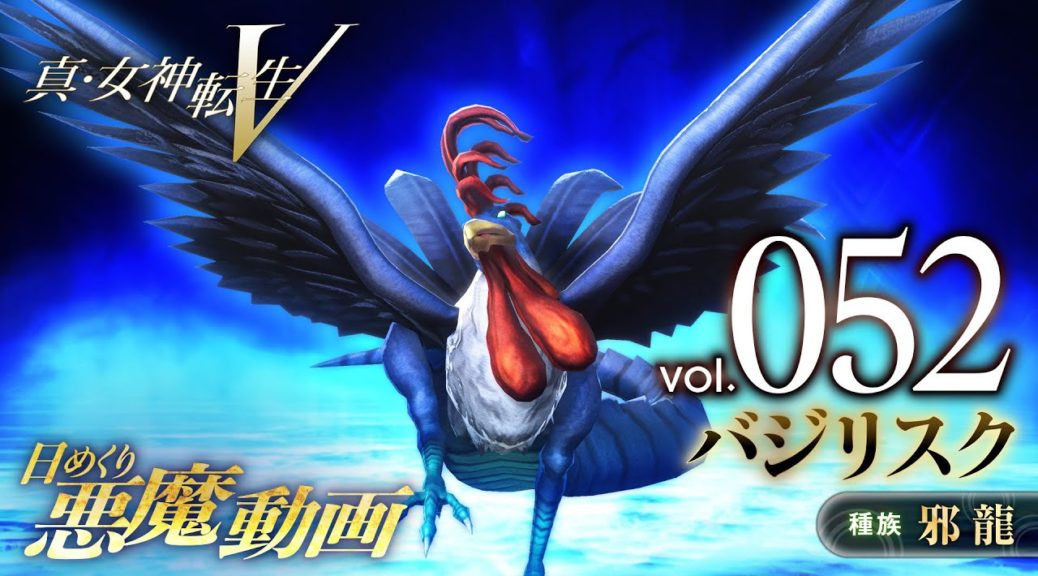 Today’s episode focuses on the drake Basilisk, showing off its design for the game along with its moves. You can watch the video below, along with an English translation posted by Zeruel4891 in the comments.

A winged, wicked dragon said to live in northern Africa. Possessesing a crest resembling a crown, its name means “king of snakes.” Its breath and glare are powerfully venomous, killing humans and animals instantly.