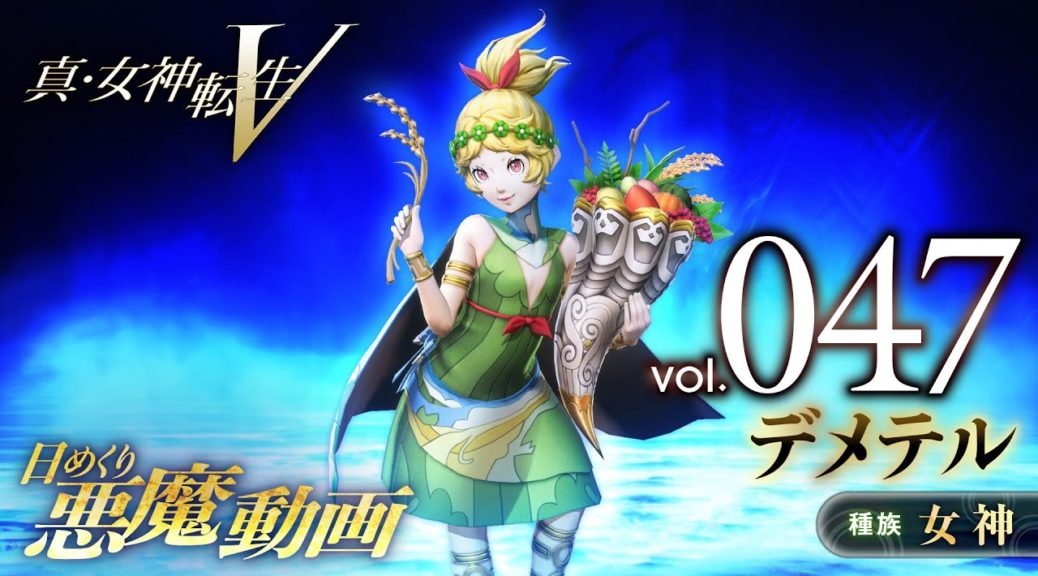 Today’s episode focuses on the megami Demeter, showing off her design for the game along with her moves. You can watch the video below, along with an English translation posted by Zeruel4891 in the comments.

A goddess of Greek mythology. Sister of Zeus and a goddess of good harvests, she taught the cultivation of grain to humans. Another name for her, meaning “bringer of laws,” exists, because law is required for the advancement of civilization.