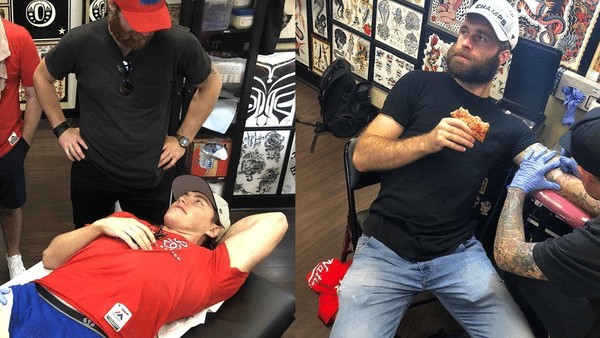 To celebrate the Washing Capitals for their Stanley Cup victory, two of the teams players (TJ Oshie and Bretty Connolly) decided to get some tattoos featuring Wario and Bowser!

TJ Oshie explained why they chose Mario themed tattoos below:

“In the playoffs you get a team suite when you’re on the road because you’re playing in the same city a couple times in a row, which you don’t do during the regular season. So they kind of make a suite for us, and I got kind of addicted, I guess, to playing Mario Kart with some of the fellas.

It was kind of our routine in between games on the road to get a couple games in. Well, I guess more than a couple for some of us. But it was just kind of a bonding thing that we had, but yeah, it was fun and now I got Wario tattooed on my leg.”

In conclusion, the team played many matches of Mario Kart together between games on the road which is why they decided to get Wario and Bowser tattoos!

Check the tattoos out below: