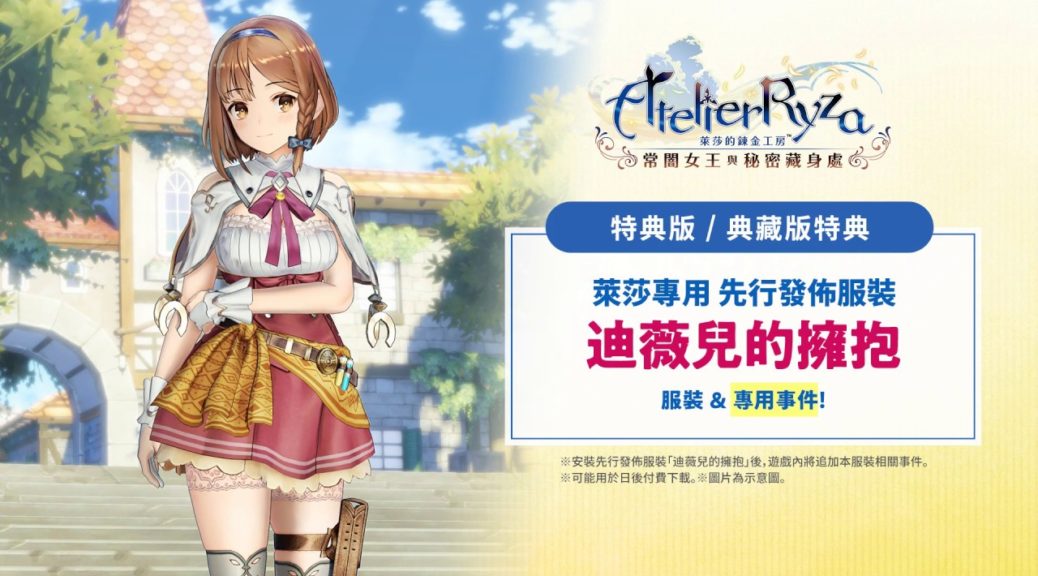 Here’s another exclusive costume revealed for the latest entry into the Atelier franchise.

A new trailer showcasing the “Divell’s Embrace” costume has been released by Koei Tecmo and Gust for Atelier Ryza: Ever Darkness & the Secret Hideout. The same costume was previously featured on the game’s first official gameplay footage, which you can check out here.

The “Divell’s Embrace” costume can be redeemed only by purchasing the game’s Premium Box Limited Edition in Japan, to which the item is included.

In the west, the free “Summer Adventure!” costume for Ryza will be available to download for free during the first two weeks of the game’s launch.