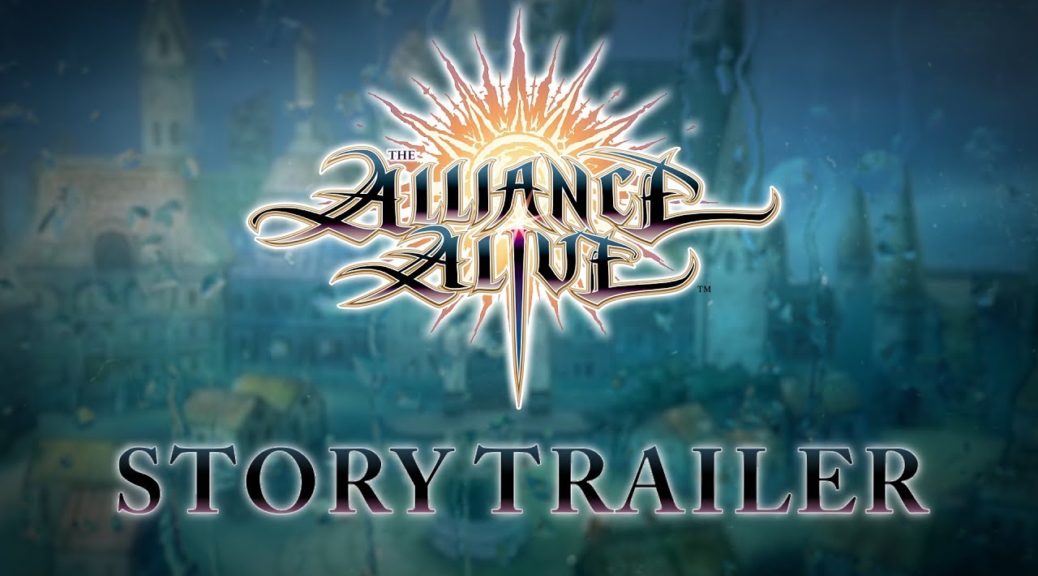 The Alliance Alive, a Nintendo 3DS RPG which released in Japan earlier this year, will be heading to the west in 2018.

Developed by FURYU, the creators of The Legend of Legacy, players will discover a “gorgeous world” with an “intertwining story” involving 9 memorable characters. The game will be published by Atlus in early 2018, priced at $39.99/€39.99/£29.99.

With writing by Yoshitaka Murayama, a vision realized by director Masataka Matsuura, beautiful game designs from Kyoji Koizumi and a stunning score delivered by acclaimed composer Masashi Hamauzu, players will experience the nostalgia delivered by these JRPG greats. With gorgeous world exploration,’ an intertwining story involving nine memorable characters, and strategic, turn-based gameplay mechanics, players won’t want to miss this return to JRPG excellence.
One thousand years ago, Daemons invaded the world of Humans. They subjugated Humanity and created the Great Barrier to separate the realms. The world was thrown into upheaval, and the Dark Current was born. It carved a cross-shaped swath across the ocean, swallowing countless cities in its wake. Humanity was decimated. Hundreds of years later, Daemons rule atop a hierarchical society. However, the time for resistance has come. The world is about to change yet again…
Built on a sprawling world replete with numerous secrets to discover, players will need to establish and unite guilds throughout the four realms while battling the Daemons. Use the “Ignition” system, a part of the turn-based combat that allows for deep customization and nuanced gameplay, to reach an enhanced state and deliver devastating Final Strikes. In The Alliance Alive, players will need to keep their wits about them and think strategically to win each fight!