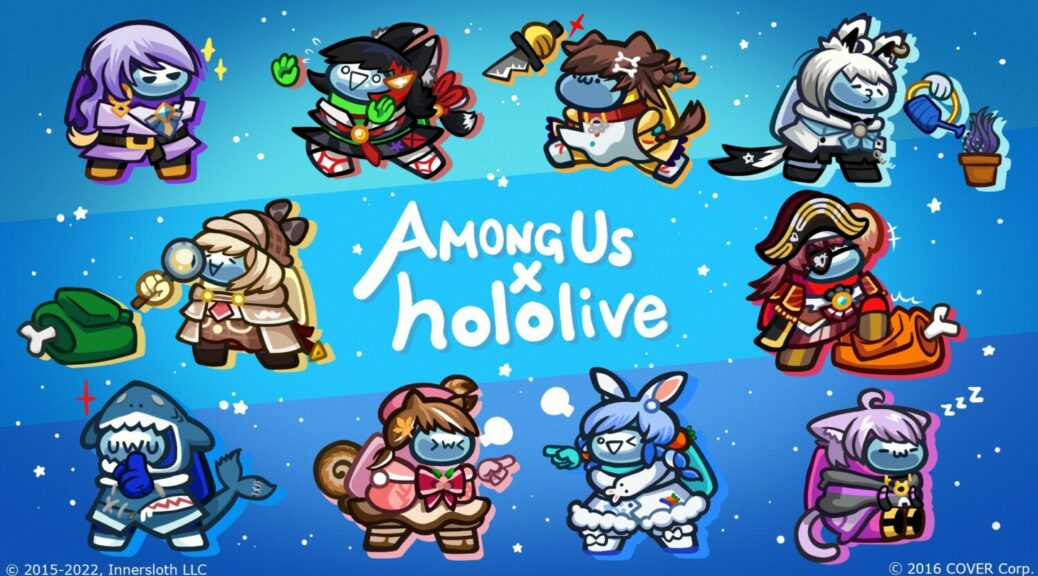 Following the earlier teaser, Innersloth has released a series of Hololive crossover cosmetics for Among Us.

Players can now purchase collab cosmetic outfits for Gura, Amelia, Risu, Moona, Pekora, Marine, Fubuki, Mio, Korone, and OKayu using Cosmicubes. They will be available for a limited time until December 20th 2022, so be sure to grab them while you can.

Our new Cosmicube collab is out!! Hop in the game to find some of your new fav cosmetics, featuring:

Working with hololive production has been a blast and we’re really excited to have a brand new Cosmicube available for you to unlock your favorite VTuber cosmetics. The Cosmicube will be a part of version v2022.9.20 for 110 Stars.

Purchase the hololive production Cosmicube and you’ll have the ability to unlock the following cosmetics:

This Cosmicube will only be available for purchase until December 20th 2022 so be sure to get it in the store while it’s around. Once you have purchased the Cosmicube, it’s yours to keep forever!

Have fun, do tasks, but be on the lookout for those Impostors…