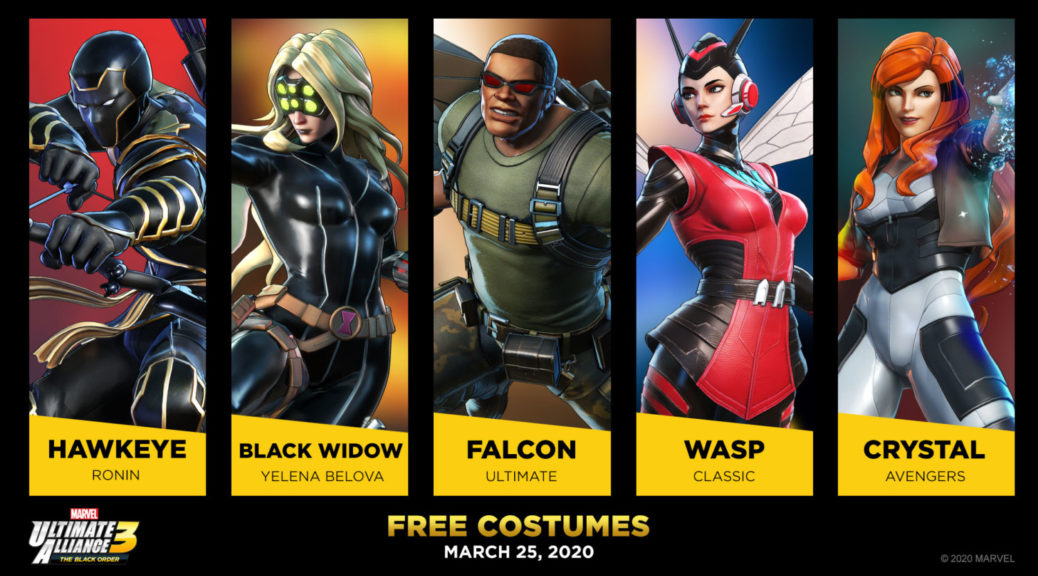 Today, Marvel has revealed another five new outfits, bringing the total up to ten. This new batch of five are for Hawkeye, Black Widow, Falcon, Wasp and Crystal. All the costumes are set to arrive as a free update coinciding with the game’s Shadow Of Doom DLC.

Whether high in the sky or deep undercover, these Super Heroes and their new costumes will descend upon us in Marvel Ultimate Alliance 3: Shadow of Doom in just six days! @NintendoAmerica #MUA3 pic.twitter.com/eGQslGOh1q