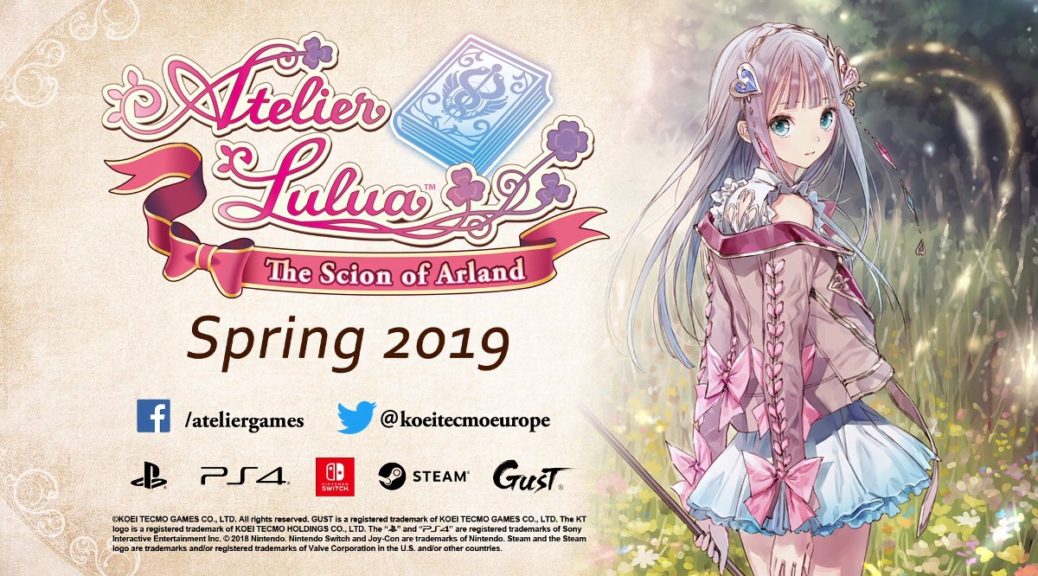 Koei Tecmo has finally revealed the release dates of Atelier Lulua: The Scion of Arland for western fans!

According to the company’s Twitter channels, the magical RPG will be launching on 21 May 2019 in North America. Meanwhile, the game will be hitting European store shelves on 24 May 2019. This is around 2 months after it releases in Japan for Nintendo Switch, PS4, and Steam.

While we await more updates, check out a new English trailer below.