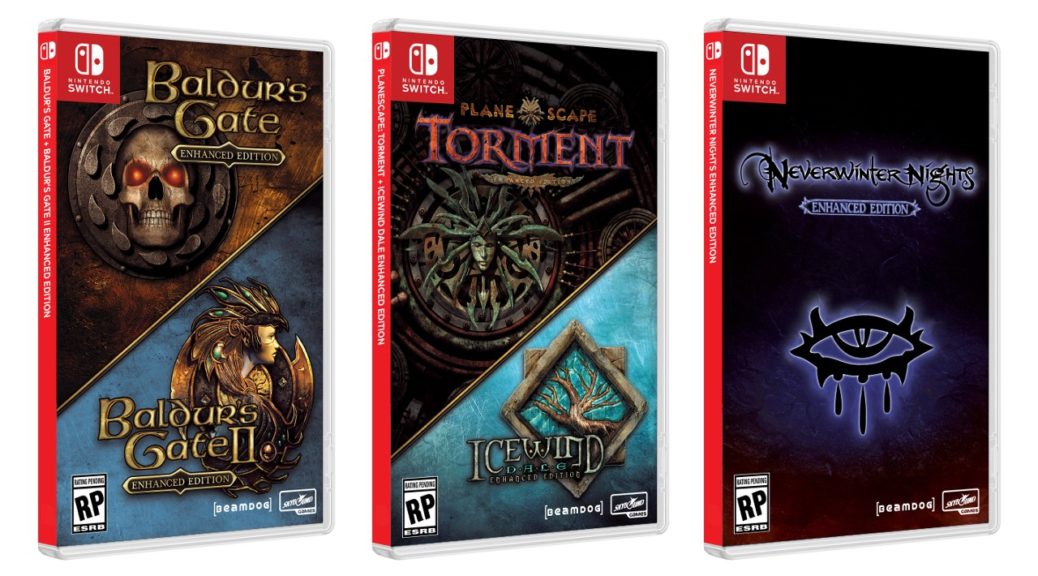 Classic Dungeons and Dragons series fans are about to get an exciting gifts in handheld form this Fall and Holiday season.

Skybound and Beamdog have revealed that they are bringing the enhanced editions of  Baldur’s Gate, Baldur’s Gate ll, Planescape: Torment, Icewind Dale, And Neverwinter Nights to Nintendo Switch! These titles will all release digitally on the Switch eShop, and also get three physical releases which bundle them together.

Check out the announcement trailer below, along with the full press release details.

Physical editions of Neverwinter Nights: Enhanced Edition will arrive at major retailers on Dec. 3, 2019, in North America and Dec. 6 in other territories, while the other titles will arrive earlier, on Sept. 24, 2019, in North America and Sept. 27 in other territories. All physical editions will be released for the PlayStation®4 computer entertainment system, Xbox One and Nintendo Switch™. Available for $49.99 each, these special boxed editions include: 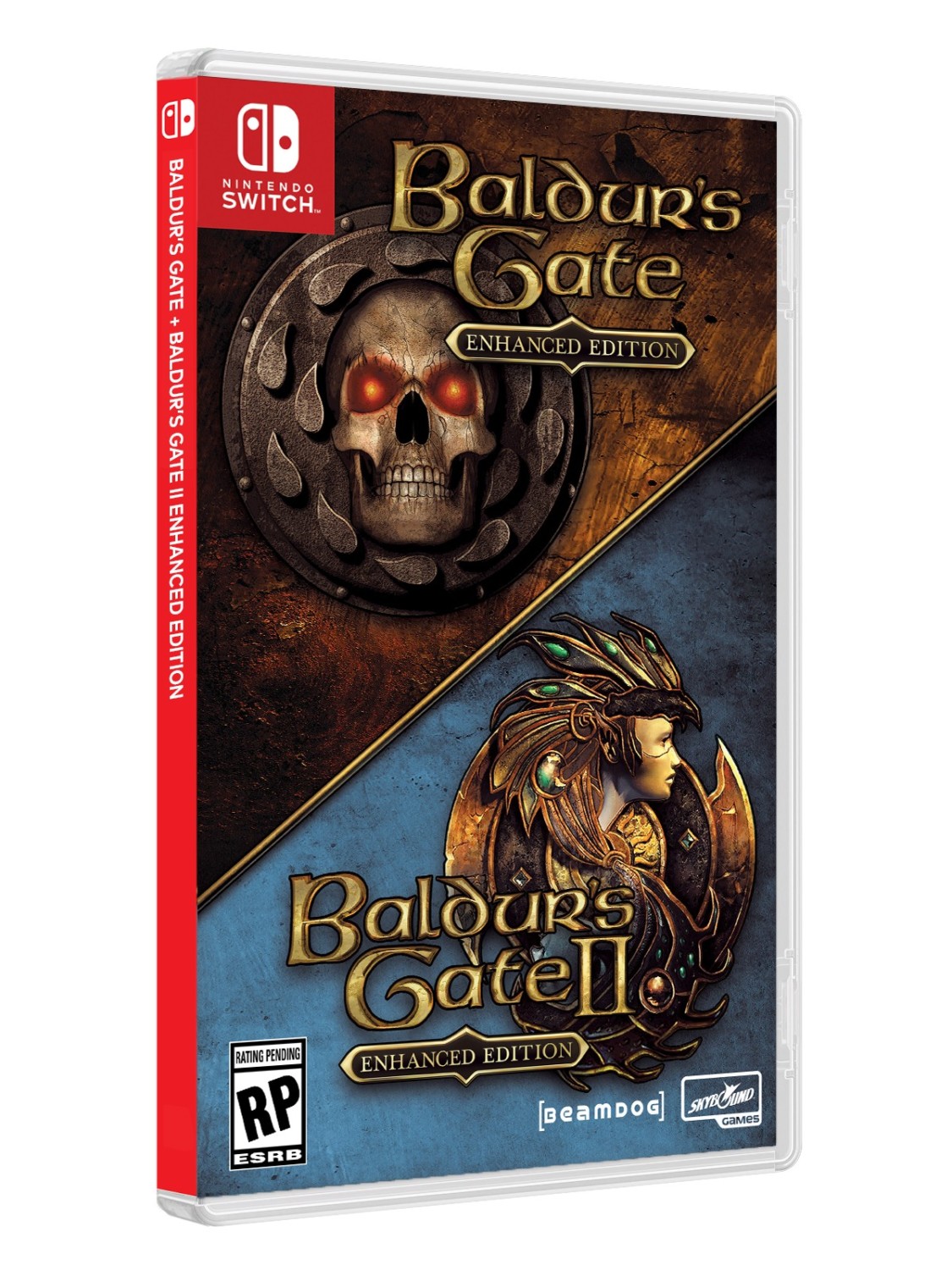 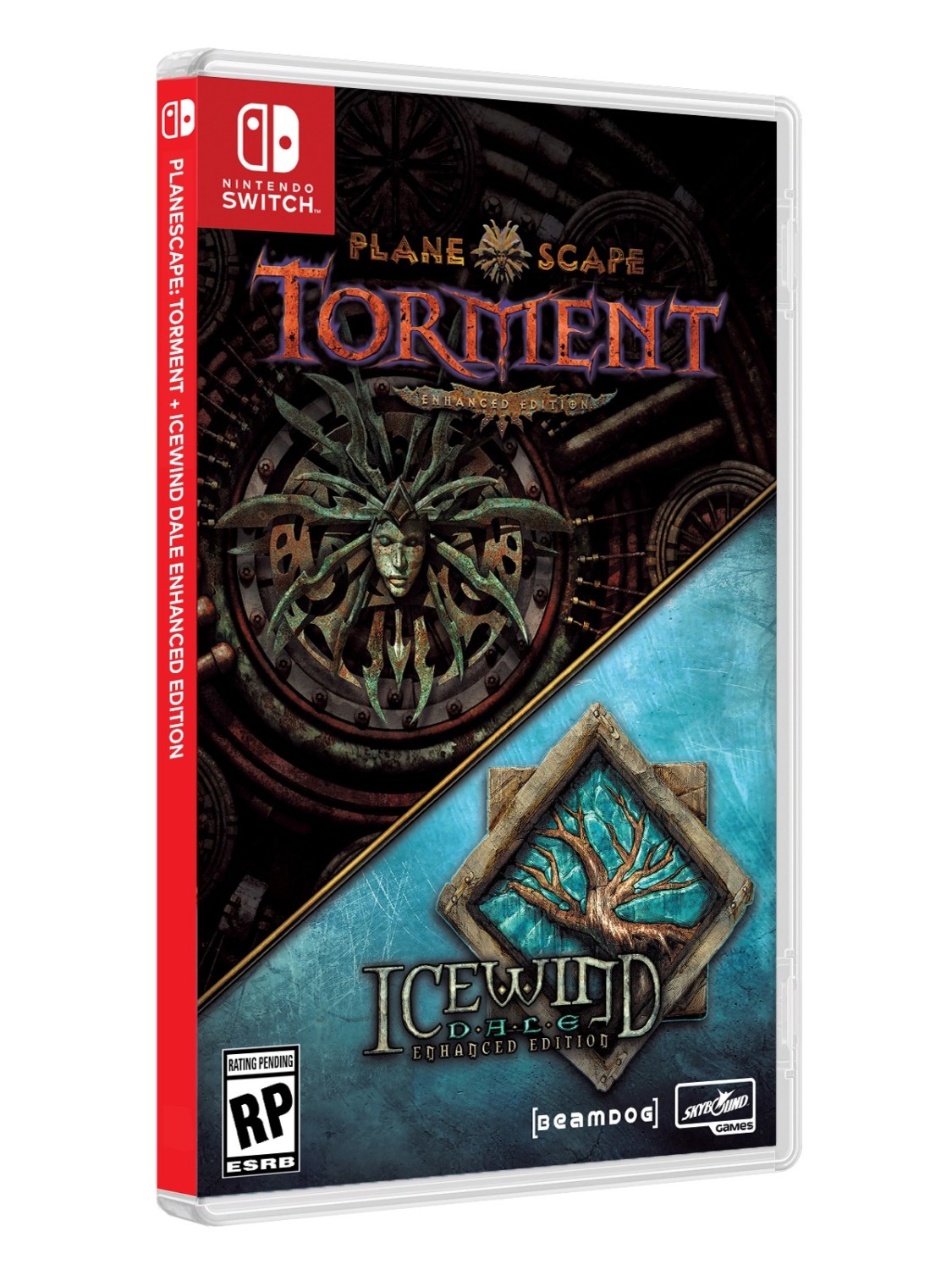 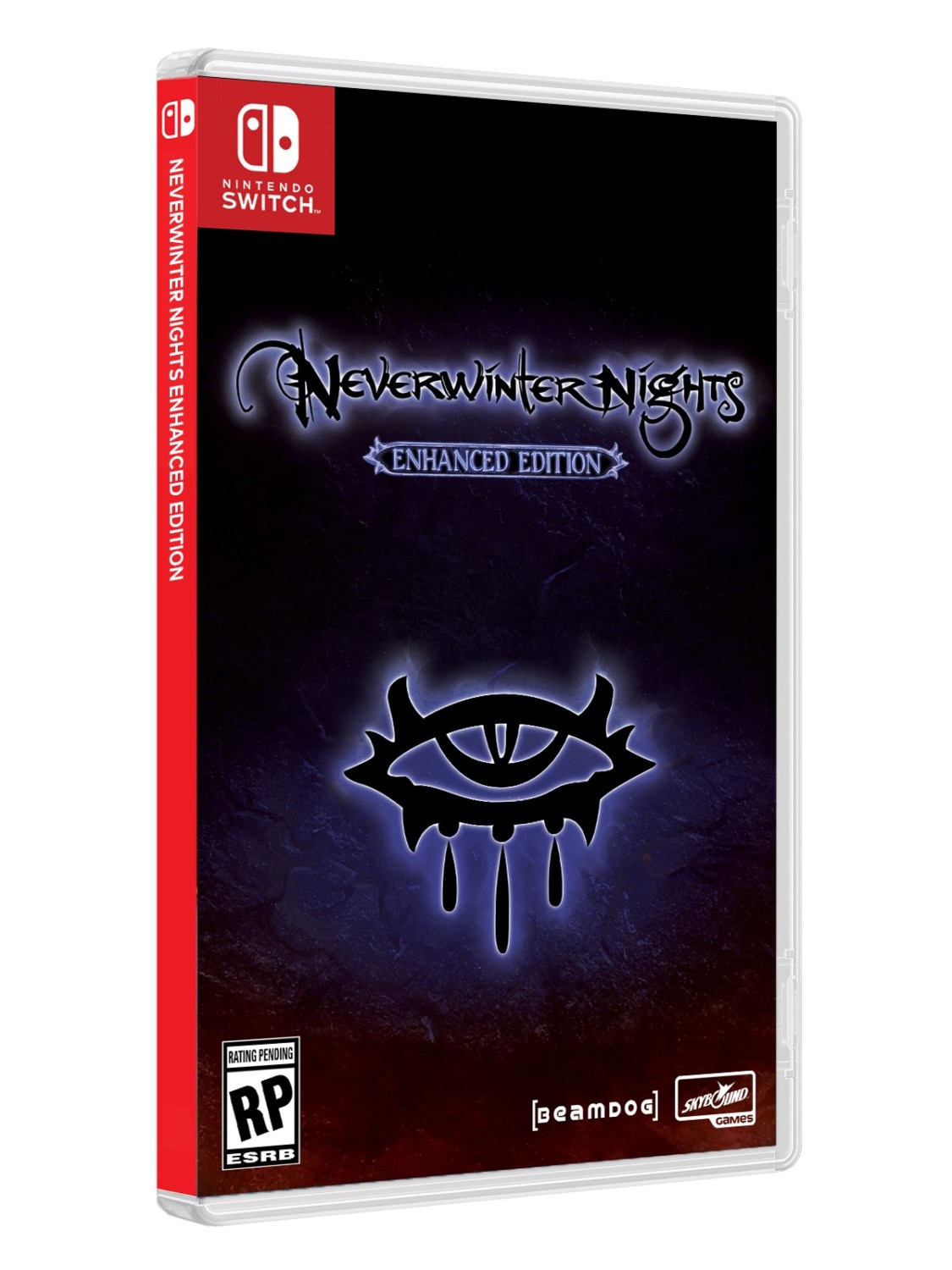 Tailored for a natural gameplay experience on consoles, these enhanced editions give longtime fans and newcomers alike the opportunity to play these critically acclaimed adventures from a golden age of RPGs in a whole new way. Beamdog has upgraded all of the above titles with native support for high-resolution widescreen displays, controls optimized for console controllers, new standalone content, new characters and classes, new voice sets, expanded character creation options, improved multiplayer functionality, redesigns of the UI and UX, bug fixes, balance changes and more. For complete breakdowns of the content available with each title, visit: https://www.skybound.com/dnd-enhanced-editions

“It’s such a pleasure to celebrate the 20th anniversary of one of the most legendary RPGs of all time, the original Baldur’s Gate, as well as the iconic games it inspired, by bringing these special enhanced editions to a new generation of players and platforms,” said Skybound Games CEO Ian Howe.

“It’s been nearly two decades since Baldur’s Gate was born from a D&D campaign between me and the game’s co-creators,” said Trent Oster, Beamdog CEO. “The longevity of this series and the games that followed has been both humbling and rewarding. Our team is thrilled to continue that tradition by finally making this wealth of amazing storytelling and gameplay available to everyone on modern consoles.”

Each game will also be available to purchase for digital download individually upon release through the PlayStation®Store, Xbox Games Store and Nintendo eShop.