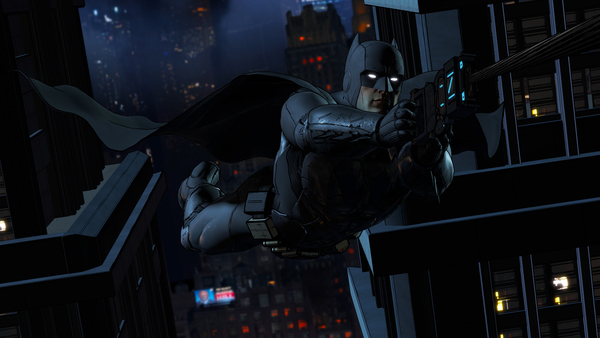 Picking up Batman: The Telltale Series on Nintendo Switch? You’re in for a treat!

According to the game’s description, the game will come with all 5 episodes of the first season when it hits Nintendo Switch later this year.

The cartridge will come with Episode 1, and the rest of the episodes will become available for download on a later date.

Batman: The Enemy Within – The Telltale Series comes to retail as a Season Pass Disc.
The Disc contains episode one and will grant access to the four subsequent episodes as they become available for download.
In this latest chapter from the award-winning studio behind Batman – The Telltale Series, both Bruce Wayne and Batman will be forced into precarious new roles.
The Riddler has returned to terrorize Gotham City, but his gruesome puzzles merely foreshadow an even greater crisis.Enter the fractured psyche of Bruce Wayne in this dark and violent new story from the award-winning creators of The Walking Dead – A Telltale Games Series, and discover the powerful and far-reaching consequences of your choices as the Dark Knight. As Batman, you’ll encounter classic allies and adversaries, and as Bruce, you’ll learn the true meaning of what it means to be the man behind the cowl. Batman – The Telltale Series comes to retail on Nintendo Switch and includes all five episodes of the first season.