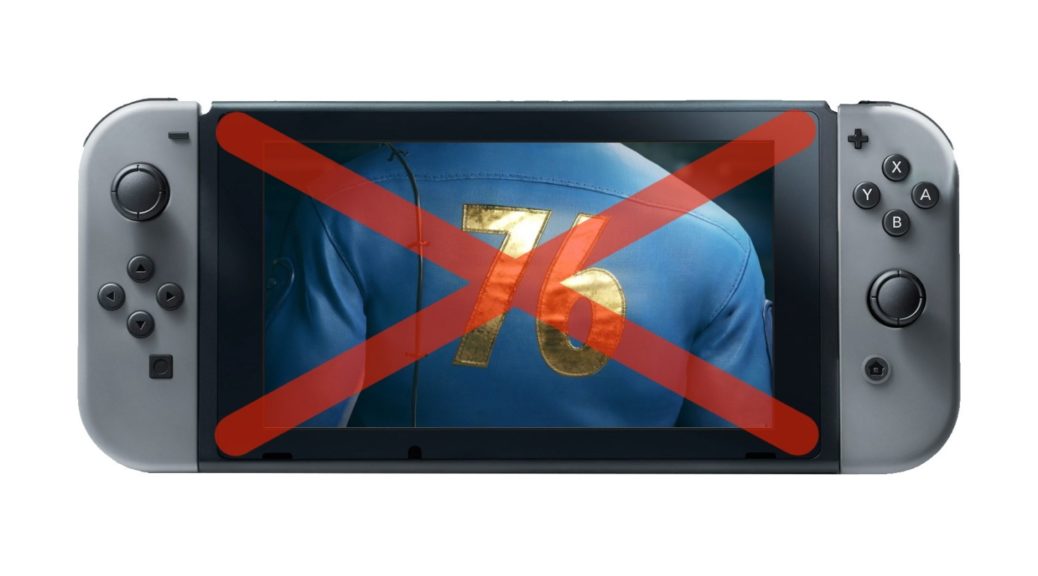 We have more bad news for Switch owners hoping for a beefier Fallout experience.

Recently, GameSpot interviewed Bethesda’s Marketing Executive Pete Hines about Fallout 76 – and whether the multiplayer survival game would be gracing the Nintendo Switch.

Unfortunately, it looks like the odds are slim, despite the company being interested. Here’s what Hines had to say:

The Switch is something I can say with certainty that it’s a part of every conversation with every dev we have now… If the game will work on it, we want it to be on every platform possible.

Fallout 76 is not [coming to Switch] because it just wasn’t doable. But honestly, there is no game in development that we haven’t had a conversation about [bringing to Switch]. ‘Does this work on the Switch, do you have a plan for the Switch?’ It’s not a mandate. Everything we do has to be developer-led, but it’s something we want to make sure is on folks’ radar.

Hines did not elaborate on why the game was not ‘doable,’ however. Perhaps the game will be too large for the Switch, just like Elder Scrolls Online.