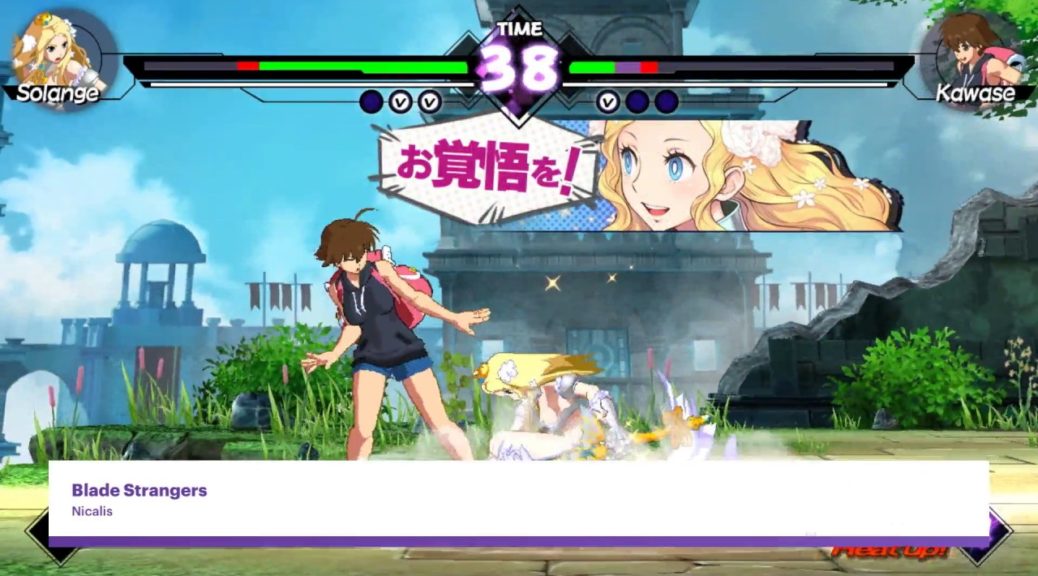 Blade Strangers is currently on track to launch this summer on Nintendo Switch worldwide for USD39.99. It’ll also be available at arcade locations across Japan. The game features characters from Studio Saizensen games such as Cave Story+, Code of Princess EX, and the Umihara Kawase series.

New screenshots and information on Blade Strangers can be found below.

Blade Strangers is an online and offline brawler that features intuitive controls, high-quality visuals and stunning character animations. The game combines the excitement and subtle dynamics of a classic one-on-one fighting game with the polish and features expected from a current-gen contender.

Blade Strangers embraces a traditional and streamlined four-button control scheme that offers accessible controls that are designed to bring fresh blood to the ranks of fighting game players worldwide. For advanced players, the intricate combos, counters and special moves provide tournament-caliber competitors with endless opportunities to hone their skills.

The action in the game is highlighted by the stunning character animations, which are created using a proprietary process. 3D character models are used to render individual animation frames, which are then rasterized into sprites and manually hand-touched up by talented 2D artists to create cel-like characters and movement.

The roster in Blade Strangers includes newly-created fighters in addition to characters from previous Studio Saizensen games (like Code of Princess EX and the Umihara Kawase series), Nicalis games (like Cave Story+) and four familiar surprise guest stars yet to be announced. Thus far, the confirmed roster of playable characters in Blade Strangers includes: