Bloodstained: Ritual Of The Night "Backer Exclusive" Content Will Be Made Available To Non-Backers As A Paid DLC | NintendoSoup 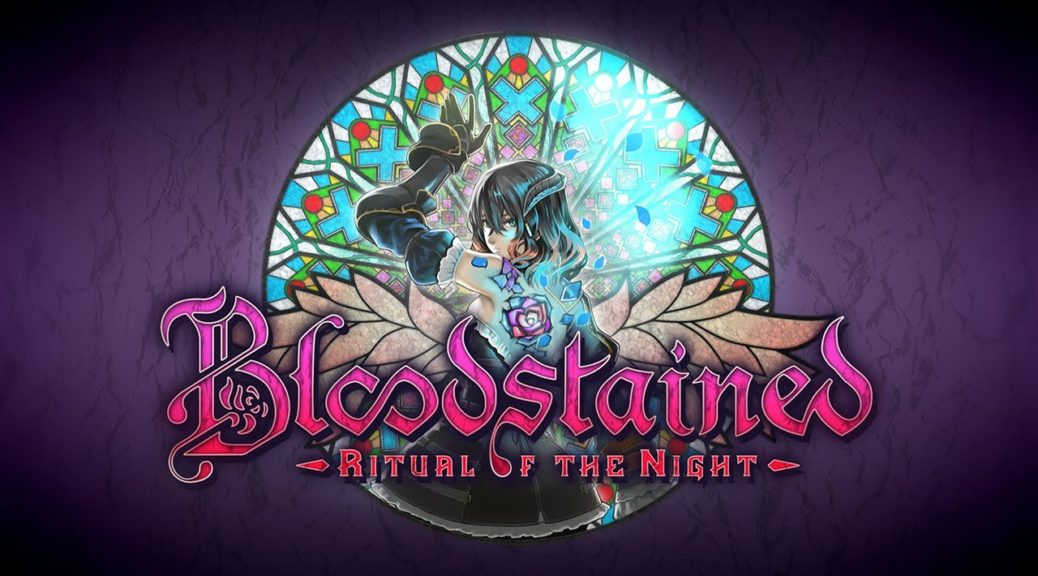 505 Games’ latest Bloodstained: Ritual of The Night Backer update explains the reason why the “backer exclusive” content will be made available to all players.

Accordingly, the supposed “backer exclusive,” now called the “Iga’s Back Pack” DLC, will be available for purchase day and date of the game’s launch in June. Non-backers may purchase this DLC for USD 9.99 and, by purchasing the said add-on, players will be able to fight the game’s creator, Koji Igarashi himself, and earn the powerful Swordwhip weapon by defeating him. Of course, backers will still receive “Iga’s Back Pack” DLC at no extra cost. 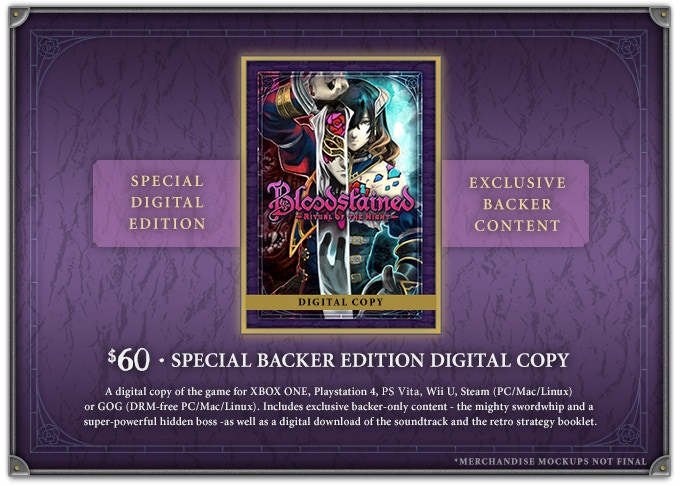 Now, this might leave a really bad taste for some backers in the $60 pledge tier and up as it was initially promised to be, well, a “backer exclusive.” That said, 505 Games had presented the reasons as to why they have arrived on this decision. The team apparently have asked the backers previously if they would like the exclusive content be made available to everyone. As a result, it seems some great number of backers do agree with it. 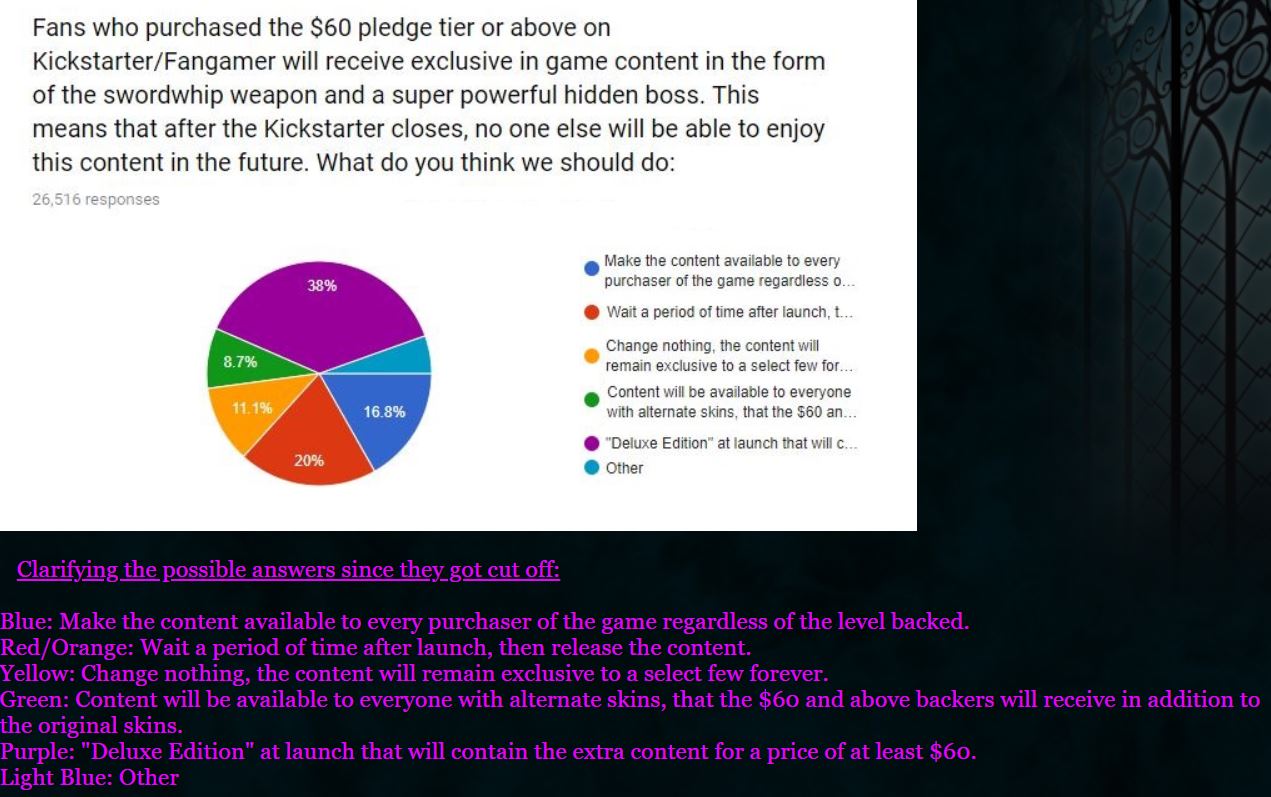 As many of you will remember, we also asked the community a while back if they were against us making the ‘backer exclusive’ content (Iga Boss and Swordwhip) available to all players in some fashion. Almost 30,000 of you replied and the overwhelming response was that in general you were ok with it, and the most popular option was to sell it at a price that would respect the purchase the backers originally made.

To that end we’re announcing the “Iga’s Back Pack” DLC for $9.99, launching on June 18, 2019 for PS4, XB1 and PC, June 25, 2019 for Switch. Players who purchase this DLC will be able to fight the game’s creator, Koji Igarashi himself, and earn the powerful Swordwhip weapon by defeating him.

The Brand Manager further went on and explained that the key reason for taking this path is to make sure that everyone gets to experience the game in full in the safest and most legitimate way possible – that is to eliminate as many reasons to pirate Bloodstained as possible.

To try and be as transparent as possible, making this content available to everyone wasn’t just about making money. I mean obviously that’s a part of it, but the chief things I was considering was making sure everyone had a safe and legitimate way to get the full game experience no matter when they find out about Bloodstained, whether that’s 5 months ago or 5 years from now, and that we were being respectful of the price backers originally paid (hence the DLC pricing).

As someone who’s pirated games because of bull**** anti-consumer practices, or as a demo to try and then buy (something largely made obsolete by modern refund systems), I wanted to eliminate as many reasons to pirate Bloodstained as possible. All of the above = the “Iga’s Back Pack” DLC. Hope that makes sense. I understand that not everyone will be 100% happy with this decision, but hopefully this helps in understanding the reasoning behind it. And of course all backers entitled to this content will receive the DLC for free.

What do you think? Do you agree with these turn of events? Let us know in the comments.