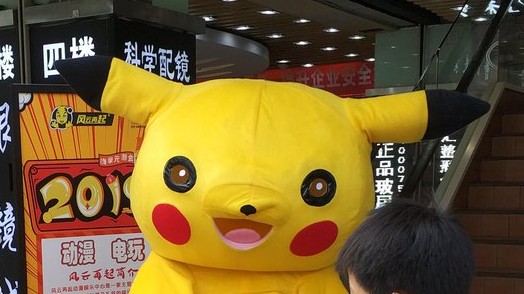 Previously, we reported about a bootleg Pikachu Parade taking place in China – complete with terrible bootleg costumes. However, it seems like the public event was merely the tip of the proverbial ice-berg.

After the report from earlier, several users on Twitter have since posted more sightings of bootleg Pikachu costumes in China. Apparently, some Chinese businesses (including a real estate group) have also been promoting themselves with Nintendo’s electric mouse.

The final products below, however, are ultimately not pretty. It either looks like Pikachu is eating the costume wearer alive, or might be suffering some kind of seizure.

Are these costumes the stuff of pure nightmares, or are they just hilarious failures at best? Let us know with your comments below!