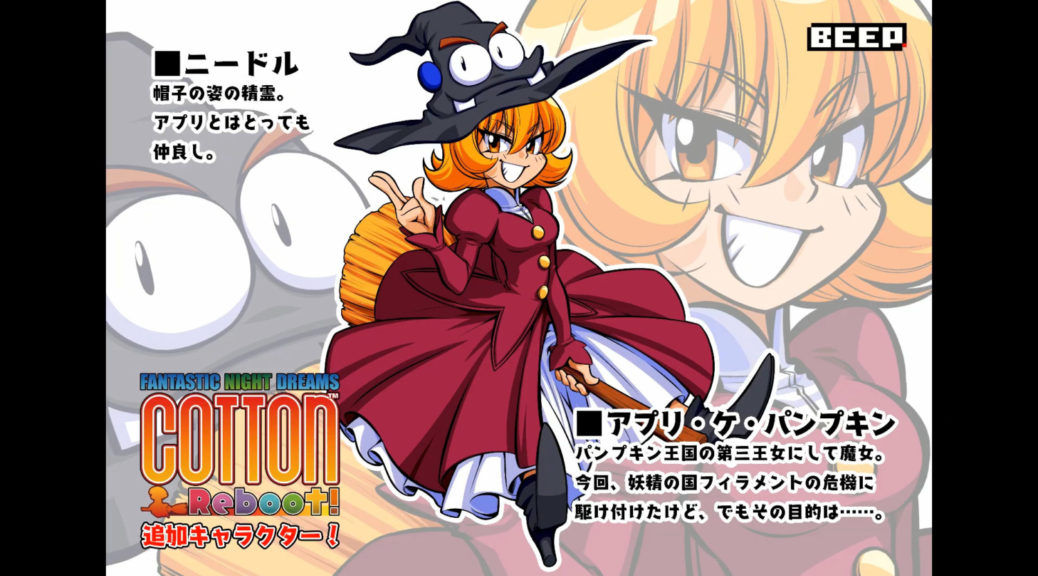 Success corp has announced a free update for Cotton Reboot! which will add some new playable characters to the game.

The new characters are Appli ke Pumpkin and her talking hat Needle, who first appeared in the classic Cotton 2. Appli is described as having “powerful shots and speedy movement” and has had her difficulty rebalanced from her first appearance in Cotton 2. Needle on the other hand is described as being “more difficult” with “high rapid-fire speed”.

The update adding the two characters is scheduled to be released sometime in early May. It will also improve screen visibility and include bugfixes.

Cotton Reboot! is currently available for Switch in Japan, and is scheduled to arrive in the west sometime in 2021.