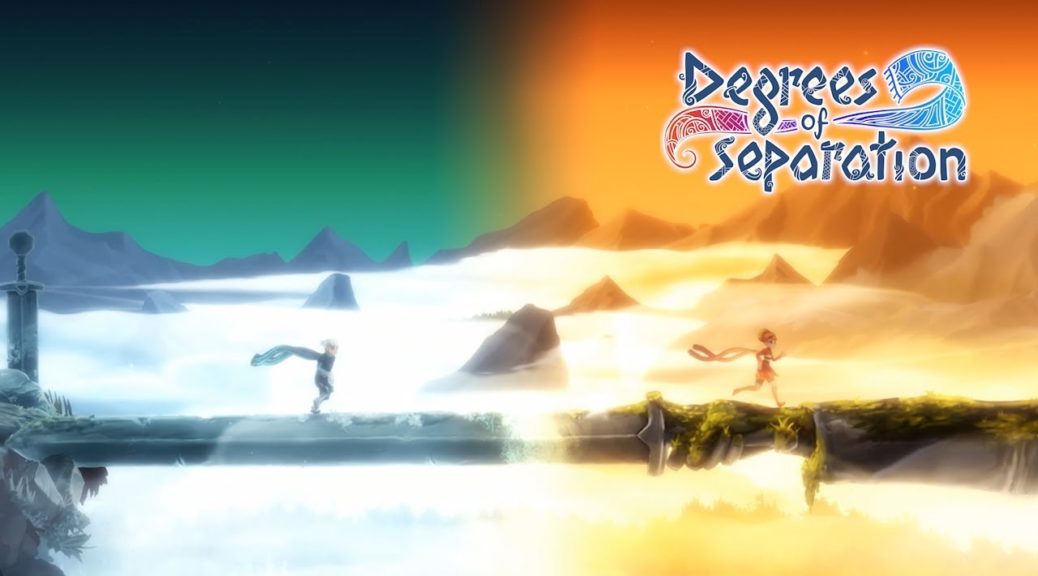 Modus Games and Moondrop have announced Degrees of Separation will be released February 14, 2019 on Nintendo Switch.

Degrees of Separation, a 2D puzzle platformer weaving in different stages of a relationship with a touching narrative, will be available on the eShop for USD19.99.

Watch the trailer and check out the details below:

Walnut Creek, CA — Triple-I publisher Modus Games and developer Moondrop have released the launch trailer for 2D puzzle platformer, Degrees of Separation,ahead of the game’s launch on February 14, 2019. Cleverly weaving in the different stages of a relationship amidst a touching narrative, Degrees of Separation launches this week on PlayStation®4, Nintendo Switch, Xbox One, and Steam.

With one protagonist wielding the forces of heat and the other manipulating cold, players will work together with a partner or friend (or even go solo, controlling both protagonists in tandem) to overcome puzzling obstacles while exploring a lush fantasy world. Can two opposing forces truly coexist and grow closer with such polarity between them? Each of Degrees of Separation’s worlds explores a different stage of a budding relationship – ranging from trust to anger – incorporating varying emotions and gameplay mechanics that change how players must approach each area they traverse. From the ability to create explosions of opposing energy, to constructing platforms with the converging forces flowing between them, dual protagonists Ember and Rime must find ways to work together in order to progress.

Follow a poignant story written by industry veteran and fantasy author Chris Avellone (Fallout: New Vegas, Star Wars Knights of the Old Republic II: The Sith Lords) in this narrative-driven co-op puzzler perfect for Valentine’s Day. Degrees of Separation is primed and ready to warm your heart on February 14 when it arrives on Nintendo Switch, PlayStation®4, Xbox One and Steam for $19.99 USD.