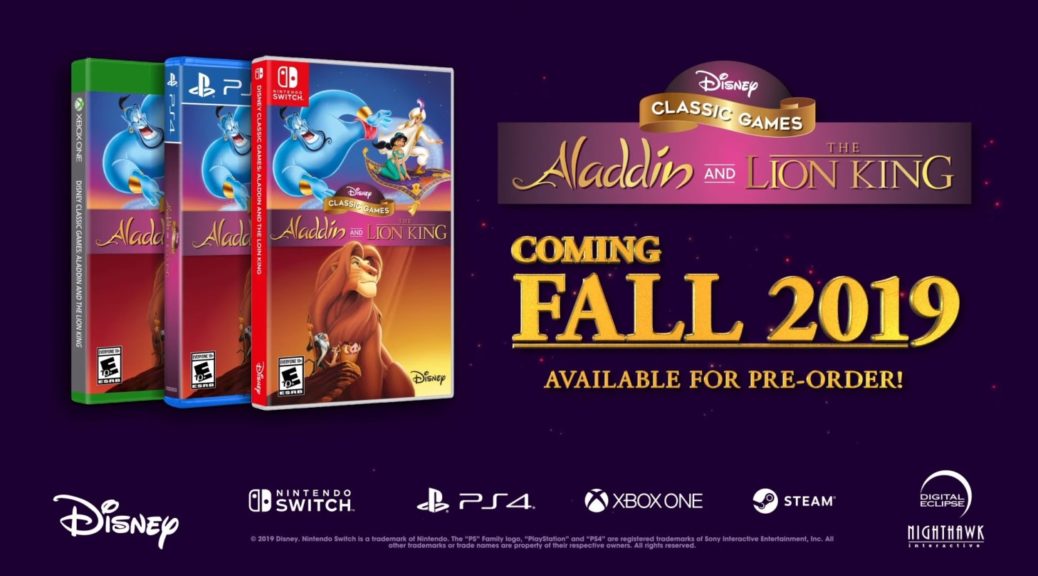 The remastered collection will be launching in Fall 2019, and bundles together the Sega Genesis, Game Boy, and Super Game Boy versions of Aladdin and The Lion King, as well as the SNES version of The Lion King.

The game will also have some fun extra features. ‘Watch Mode’ allows players to fast-forward and skip to any point of the games they want – while a rewind function lets players undo their mistakes. A Museum section also compiles concept artwork and more for both classics!

Check out the reveal trailer below, along with more details!

Two of the beloved Disney games make their long-awaited return to modern consoles in Disney Classic Games: Aladdin and The Lion King. This unforgettable package of Disney classics is filled with many new features, enhancements, game modes, display options, and multiple versions of the games.